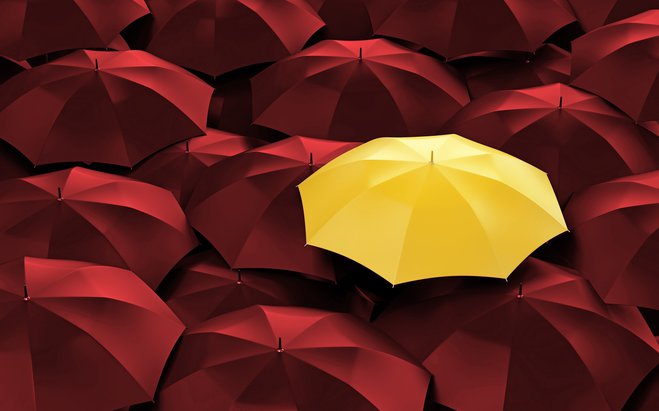 Many people confuse PR with advertising — and understandably so. Popular shows like Mad Men, which highlighted the traditional agency atmosphere, introduced many to the wild and wonderful public relations world. While the industry was glamorous in its heyday, the reality is much less known: In fact, public relations is a valuable tool that helps brands and media alike. When the right PR strategies are put into use, brands can convey a specific message to their target audience at the most optimal time (thanks to journalists, of course). But on the flip side, public relations can help brands regain trust and loyalty after crises.

Really, public relations is a two-way relationship: Any brands with a strong sense of awareness and customer loyalty — Nike, McDonald's, you name it — work PR in their day-to-day conversation, and media companies rely on the messaging and pitching from PR professionals to tell timely, impactful stories.

But there’s more to it than just that. So, what is PR, and why is it so important? Here’s everything you need to know.

Helen Woodward, the first female advertising executive in the United States, famously said, “advertising is what you pay for; publicity is what you pray for.” In short, advertising is paid media (think: sponsored Instagram posts, commercials on TV, and print ads in magazines), whereas PR is unpaid or earned media.

But what exactly is PR — and why is it considered earned media? PRSA, the country’s leading professional organization for communications specialists, describes public relations as “a strategic communications process that builds mutually beneficial relationships between organizations and their publications.”

There are two different sides of PR: First, there is the favored storytelling side, which relies on different PR strategies like media relations, community relations, and social media communications to drive home a client’s idea, product, position, success, or reputation. If successful, PR PR professionals will secure media placements, increase brand awareness, help turn a more significant profit, and more. The other — far less common — side of PR is centered around crisis management (or as some would call it, damage control). Think of any notable controversy or campaigns in recent years: something serious like the Boeing 737 Max failure or something confusing (but light-hearted) like IHOPs switch to IHOB. Once these moments garnered buzz from consumers and media alike, PR professionals jumped in to reverse any damage done, and ultimately save the brands from a future fallout.

What is the History of PR?

While some believe that PR can be traced back to Ancient Greece, it wasn’t established as a profession — and a necessity to brands — until the 20th century. Ivy Lee, who is often referred to as the “Father of Public Relations,” published a Declaration of Principles in 1906. This declaration, which was issued to editors at newspapers around the country, explained that the press and public should receive news about a company’s actions or decisions in an accurate and timely manner — or other words, it outlined what PR is. During his time as a PR pioneer, Lee developed the first modern press release, and famously changed the public’s perception of railroad tycoon, John D. Rockefeller. Some called his work spin or propaganda, but many, including historian Eric Goldman, heralded it as a way of “informing, not misleading, the public.”

Others consider Edward Bernays also to be the “Father of Public Relations.” He viewed PR from a scientific approach and emphasized that clients had to study their target audience to garner success. Along with writing the first textbook focused on PR, Crystalizing Public Opinion, Bernays worked on a notable Lucky Strike campaign. At the time, the cigarette brand struggled to grasp American females' attention because their overall aesthetic didn’t align with the current fashion trends. Bernays developed a two-fold approach: First, he persuaded designers and event organizers to incorporate Lucky Strike’s infamous green hue into their work. Then he labeled cigarettes as “Torches of Freedom,” which inspired females to buy Lucky Strike cigarettes as a form of rebellion. Sales doubled from 1923 to 1929, making Bernays work a verified success.

As the media escape evolved, so did the PR strategies. Because media was becoming more and more influential in society, there was a higher demand for PR, and the number of agencies started to rise. But when all is said and done, what worked for Lee and Bernays way back when still works for many PR professionals today.

Why Does it Matter for Brands?

It’s simple: Brands — whether it’s a consumer brand, government agency, or high-profiled individual — rely on PR to send the right message to the right people at the right time. Through this, brands create a stronger sense of awareness while also building — and ideally, strengthening — their own reputation. When the right PR strategies are put to use, brands can reap major benefits, including increased profits and sales (ROI), greater brand credibility, larger audience size and scope, enhanced customer and/or investor trust, and a greater sense of brand identity.

The goal of PR is to create a healthy two-way relationship between brands and their target audience. Of course, this can also be done if this type of relationship exists between the client and the PR professional.

What Are the Modern Trends in PR?

Classic PR strategies like engaging press releases and influencer campaigns stand the test of time. But like any industry, the PR landscape itself is rapidly changing to meet the demands of emerging media.

Let’s look at influencers, for example. Less than a decade ago, influencer marketing was uncharted territory. Many brands rely on influencers — whether paid or earned — to share news about new product releases or campaigns, especially if it comes from an authentic place. Unlike celebrity endorsements, influencers feel more relatable, which often pulls in the average consumer: “In a world that’s becoming increasingly ruled by algorithms and robots, PR strategy must be driven by emotion and have that human element to be more meaningful and lead to a growing focus on expert, local and enthusiastic micro-influencers, instead of macro-influencers,” Jalila Levesque, Head of Group Communications and PR at FF told AdAge.

But this all-important human element should also be in the relationships between brands and the media. In many ways, The Press Hook makes this possible by allowing journalists to create customized profiles that help brands know exactly who they’re connecting with. That way, they can make sure that they’re getting their pitches and information into the right hands without wasting anyone’s time. PR specialists can even message journalists directly on The Press Hook so that all of your conversations — especially sample requests and tracking details — can be in one spot.

But along with the need for intentional relationships and pitching, there’s also a greater emphasis on value over profit. While ROI is important, brands are noticing that trying times — unstable economies, global pandemics, and so forth — are when a humanity-based model takes precedence. Of course, there is still a time and place for ROI; brands may simply shift how they find profit. For example, they may focus more on an SEO-first strategy than investing in the ever-changing social media landscape.