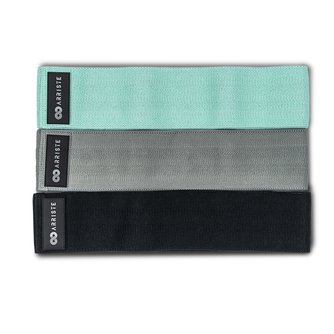 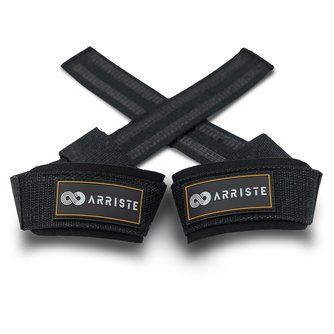 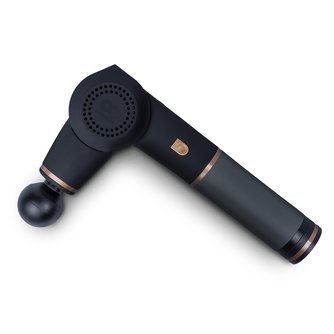 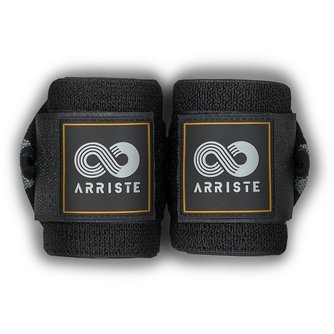 Launched in 2018, Arriste makes premium exercise and recovery products designed to help people perform at their best. The millennial duo behind the brand, Travis Nguyen and Steven Lam, started out by creating the Medik Percussive Massager, a recovery tool that uses rapid targeted pulses to the body to relieve tension, speed up recovery, and increase mobility. It offers a unique combination of features that enable users to effectively massage their entire body without requiring the assistance of another person. Arriste's current product lineup includes the Medik Percussive Massager, along with weightlifting accessories such as fabric resistance bands and lifting straps, as well as men and women's apparel. Products are sold primarily direct-to-consumer but are also sold in select boutique gyms. In 2021, Arriste's product lineup will grow to include home exercise equipment and an expanded premium apparel line.

As a lifelong fitness enthusiast, Travis was pushing himself in the gym day in and day out, only to find that in training his body to lift heavier weights, he was also getting stiffer and less mobile. He tried seemingly every remedy to alleviate the tension, from stretching to foam rolling to professional massages. Eventually, it got to the point that he embarrassingly wasn’t even able to bend at the hips 90 degrees without also bending his knees. Lower back and neck pain became routine struggles for him. In early 2018, “massage guns” began trending, and Travis was in the market for one. But when he looked at what was out there, he found that they were too expensive, too noisy, or compromised on the features he wanted. He felt that he could make one better, so he set to work on creating his own, naming the brand, Arriste. Derived from the ancient Greek phrase, "Aien Aristeuein," Arriste means "Ever to Excel." A year and a half later, hero product Medik Percussive Massager was born, combining the best features of what existed on the market without the shortcomings. Arriste set out to create a tool for elite athletes - but they ended up with a device that could benefit everyone. Arriste continues to help people in the endless pursuit of excellence in fitness, health, and life.‍ 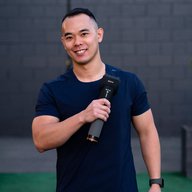 Travis is the stoic leader at the helm of Arriste. During his brief stint as a sales manager right out of college, he learned the unfortunate news that due to poor investments and financial mismanagement, his parents' retirement situation was looking incredibly bleak. A man dedicated to his family above all else, he took it upon himself to retire his parents and give them the life he felt they deserved. He realized that no matter how good he got at his current job, he wouldn't earn enough to provide for both him and his parents in the capacity that he wanted to. So, he set off on his own, combining the skills he acquired from his time in quality assurance, his leadership experience as a Boy Scouts of America crew adviser, and his enthusiasm for health and fitness to create Arriste, a premium fitness product brand aimed at helping people in their pursuit of excellence in health, fitness, and life.

If you’re in the market for a massage gun, opt for one of these high-quality devices. They vary in specs, price points, and sizes, so you can pick the one that best serves you. Just remember: Recovery tools don’t work unless you do, so take the time to do the maintenance work so your body isn’t out of commission.

Buzzfeed 22 Father's Day Gifts That Are Out Of This World

Give these amazing gifts to your beloved father who has it all.

The AAPI community is rich, creative and diverse, and the sheer number of Asian-owned brands and businesses below reflects that. Here at In The Know, we’re committed to highlighting diversity during Asian American and Pacific Islander Heritage Month (APAHM) and beyond. We want to make it easy for you to support diverse brands every single day of the year.

Finding gifts for the Mom who has everything can be a strenuous task! You want to make sure you get her something that is fun but practical without breaking the bank. Items such as unique mugs, bath bomb sets, pillows, and towels can make exciting and useful gifts for your Mother. Check out the guide below for some of the best items to make sure your Mom gets the great Mother’s Day that she deserves!

Instead of giving Dad yet another tie or collared shirt this Father's Day, get him something he’ll really love. These gift ideas will show that you really took the time to think about him.

The Strategist What Are the Best Men’s Gym Shorts?

While finding a good pair of gym shorts should be simple enough, there are a lot of variables to consider. Some guys prefer a more form-fitting pair with a built-in liner, while others love the comfort of a simple pair of basketball shorts. There’s no one universal gym short for everyone, of course; gym shorts come in a wide range of lengths and styles, so the main things to look for in a good pair are a comfortable fit and a high-tech moisture-wicking material.

Buzzfeed 69 Mother's Day Gifts To Honor Them Every Day

This will make your mom, grandma, parent guardian, or best friend love you forever!

Arriste shook up the retail industry last December with the release of a next generation ' Massage Gun that is said to be unlike any other currently on the market.

Men are impossible to shop for. Particularly men that claim they don’t want or need anything for their birthdays, Christmas, Hanukkah, Kwanzaa, etc. That’s just a flat out lie, guys, and we would know. We’re better at it than you. Everyone wants something, even if it’s just a new pair of socks or a pack of boxer briefs. And yet, there’s one major perk to shopping for a dude who allegedly doesn’t know what he wants: you get to choose every single one of the gifts for him under the tree.

To help inspire you, we’re sharing a list of some of the best 9th wedding anniversary gifts.