Plant-based multivitamins in habit friendly packaging, delivered to your doorstep

Made in the USA
Direct To Consumer

Dosely Plant-based multivitamins in habit friendly packaging, delivered to your doorstep
Made in the USA
Direct To Consumer 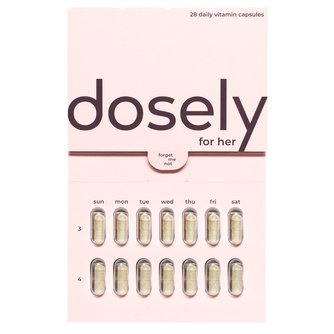 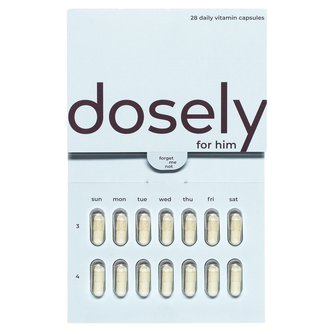 Dosely makes plant-based vitamins delivered to your doorstep in habit friendly packaging. Launched in February of 2020, available direct-to-consumer with free and fast delivery through a commitment free subscription program. Dosely takes a scientific approach to setting dosages that are both safe and effective. For micronutrients, the difference between just enough and too much is often tiny. Through this approach, Dosely focuses on building off what one already gets from their daily food intake without overdoing it. Dosely uses only clean ingredients that provide real health functions such as: immunity support, energy, mental clarity, beauty benefits, strong bones and teeth and support a healthy heart. For every purchase, Dosely donates a one-year supply of vitamins to a child in need through a partnership with Vitamin Angels. Available in Dosely for Her (starting at $20)and Dosely for Him (starting at $20) with the essential only vitamins for men and women 18+ and available for purchase on Amazon.com and at www.dosely.com; with additional retailers expected in the fall of 2020.

In 2017, Dosely Founder, Erick Quay, was diagnosed with Lyme disease with his blood-work revealing that he was deficient in Vitamin D. After months of trying (and failing) to establish a new vitamin habit, Erick was still deficient. Given over half of Americans have a preventable vitamin deficiency, Erick knew he wasn’t alone. There had to be a better way. So, he teamed up with the best ingredient suppliers, scientists, and packaging experts to create Dosely. Finally, in February of 2020, Dosely was launched and started delivering better vitamins across the country. 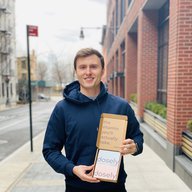 Made in the USA
Direct To Consumer