Since its launch in Hertfordshire, UK by co-founders Julian Hearn and James Collier in 2015, Huel has steadily become one of the world’s leading and fastest growing complete nutrition brands. Huel (derived from Human + Fuel) is currently available in more than 100 countries and is committed to fuelling customers with the macronutrients required by the body to thrive with minimal impact on the environment. Each vegan-friendly, recyclable product is created within the parameters of healthy eating guidelines to provide loyal ‘Hueligans’ with carefully balanced and sustainably sourced ratios of protein, essential fats, carbohydrates, fiber, phytonutrients, and all 27 essential micronutrients. Huel complete meals take little to no time to prepare and are cheaper than a regular latte. Huel’s mission is simple: help customers maintain healthy lifestyles without hurting the environment using safe and convenient powders, snack bars, and ready-to-drink meals in bottles. The company was valued at £220 million within just four years and remains one of the UK’s fastest growing brands.

Huel, which became available in the United States in 2017, is seeing a surge in popularity around the globe. Huel is made from plant-based sustainable ingredients like oats, pea, rice, flaxseed, coconut, and sunflower, and it is available in a range of three products: Powder, Ready-to-drink, and Bars.

Huel was founded by Julian Hearn and James Collier in June 2015 with a single goal: to make nutritionally complete, convenient, affordable food with minimal impact on animals and the environment.

The idea was to create a nutritionally complete meal in shake format that contained a balance of protein, carbohydrates, fibre and fats, as well as all essential vitamins and minerals.

Huel is now one of the fastest growing brands based in the UK with a £220m valuation in 2018. Huel now sells to over 100 countries and has rapidly expanded its team to over 100 employees across the globe.

In January 2020, the brand reached a milestone, selling over 100 Million Meals since launch. The company now sells just under 3 million meals per month, meeting increasing consumer demands for sustainable and healthy meal choices. 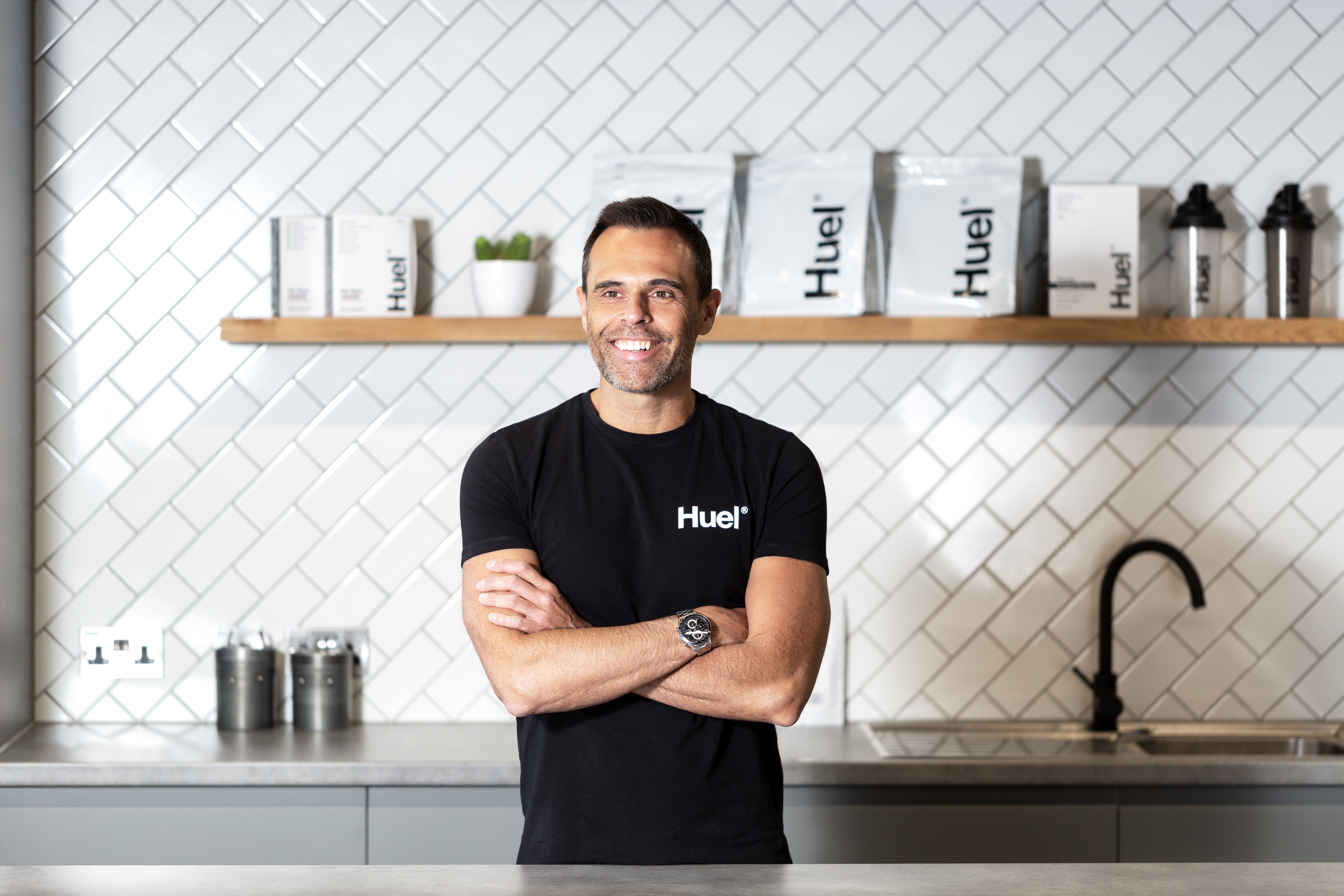 Wellness enthusiast, co-founder, and CMO Julian Hearn was born in Buckinghamshire, England, and initially worked as a laborer. After graduating from Bournemouth University with a BA in Marketing, he quickly worked up the ladder to Head of Marketing at some of the most distinguished companies in the world, including Starbucks, Tesco, Waitrose, MFI, Dialaphone, Emap, and more. In 2008, Hearn founded his first entrepreneurial ventures, Mash Up Media and PromotionalCodes.co.uk, for a multiple of the £2.5m annual profit they had generated by the third year.

In 2012, Hearn made his first foray into the health and wellness industry with Bodyhack, which provided customers with highly detailed diet and fitness programs. Many found the precise requirements too difficult to follow, so Hearn shut down and teamed up with nutrition specialist and co-founder James Collier. The two pragmatists devised Huel’s first and most popular powder from his garage in 2015 - a nutritionally complete meal replacement powder that could be easily mixed with water. Within just four years, Huel was valued at more than £220m and remains one of the UK’s fastest growing brands.

Hearn believes creating a strong culture and team is key to making a great company. Huel’s powerful and enduring mission aligns the whole company to move in the same direction. 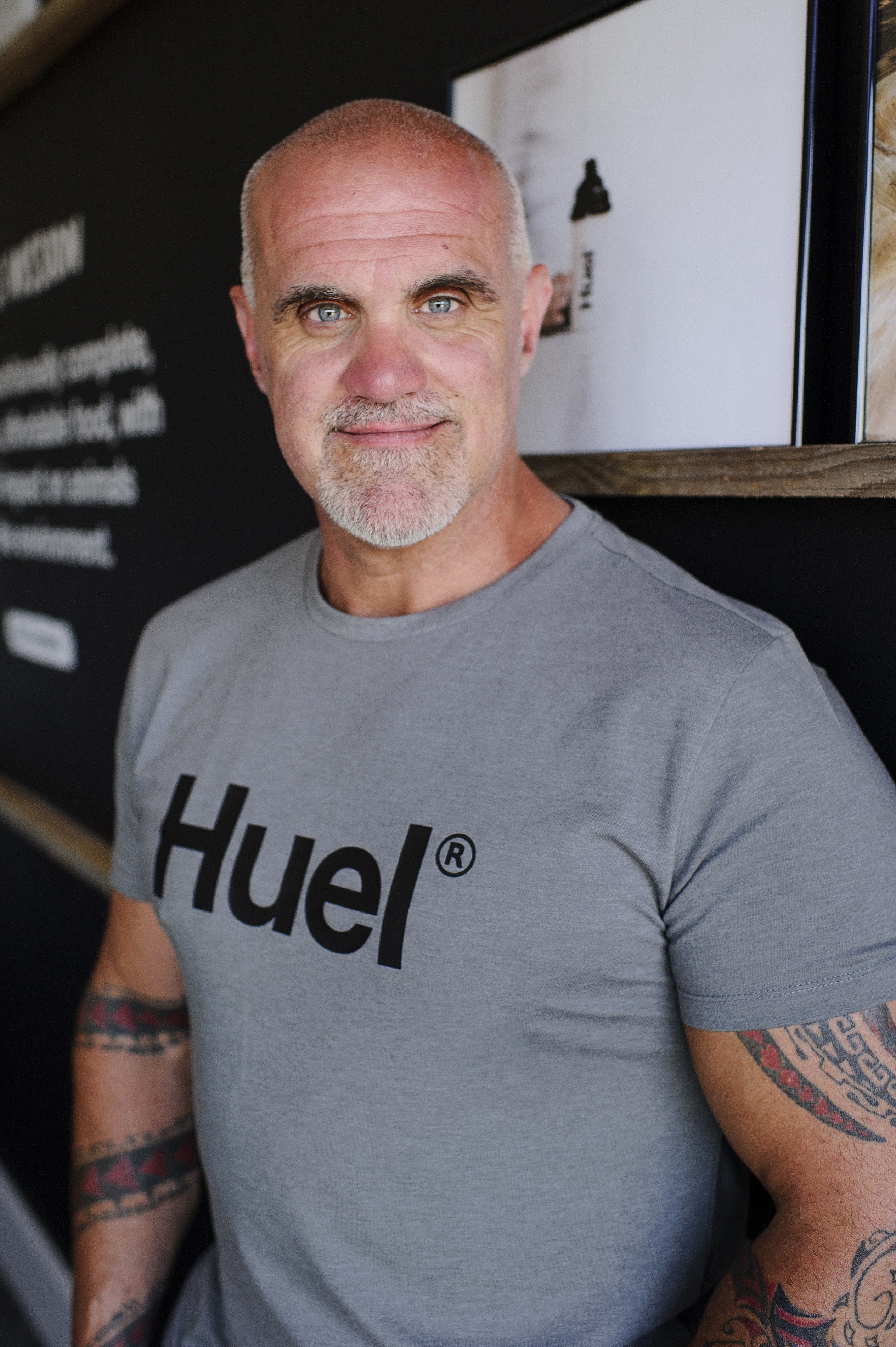 James Collier became the Co-Founder of Huel after he was approached by Julian Hearn in 2014 to help him develop the concept. Collier is a renowned Registered Nutritionist in the UK and co-owner of Bodytalk, a popular bodybuilding forum. The idea was to create a nutritionally complete meal in shake format that contained a balance of protein, carbohydrates, fibre and fats, as well as all essential vitamins and minerals. Within two weeks, Collier developed the formula, almost the same concept as what it is today. As Head of Nutrition at Huel, he continues to develop the formulas for the brand’s growing product range.

Collier is the author of various eBooks and information resources, including The Meal Plan Site and The HiPaCC Diet, and specializes in providing nutritional advice for competitive bodybuilders, strength athletes, boxers, MMA, and regular gym-goers. Collier has over 27 years of experience working in nutrition and dietetics, including seven years as a Clinical Dietitian in the National Health Service (NHS), where he worked with patients suffering from a range of medical ailments and food intolerances. At The University of Surrey, Collier studied nutrition and graduated with a Bachelor of Science degree in Nutrition.

When Collier was 9 years old, his mother was diagnosed with breast cancer and didn’t have long to live. She was unwilling to accept this as her fate and decided to dramatically change her lifestyle, diet, and mindset instead, allowing her to live another 11 healthier years. Inspired by his mother’s lifestyle choices, Collier who once disliked sports is now a long-time gym enthusiast and foodie. A week before his 16th birthday, Collier joined a gym and has been training ever since. 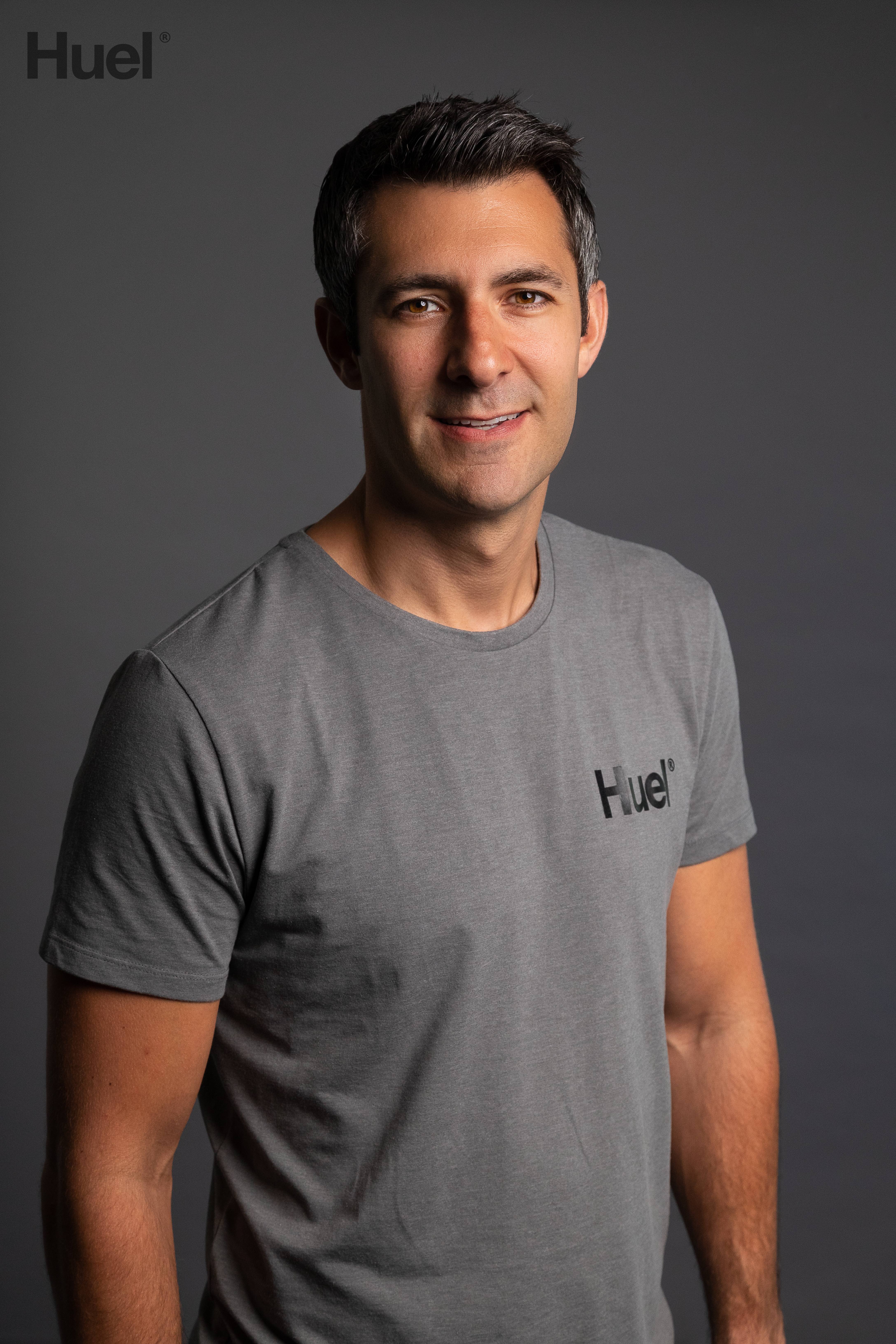 McMaster has led the talented team of “Hueligans” to grow the brand internationally to over 100 countries. In Jan 2020 the company announced run rate revenue of $100m, making Huel one of the fastest growing brands based in the UK. McMaster put his years of experience working in finance and management to good use by helping the company expand into LA, NY, and Berlin.

Prior to working with Huel, McMaster gained experience at Gü - a UK brand that is revolutionizing the dessert sector. McMaster went on to become COO of Ella’s Kitchen. He similarly supported the entrepreneurial, values-driven children’s food brand and helped the company double their turnover to more than $100m in 2013 alone. It was the first company to offer baby food in convenient, flexible pouches and has pioneered the popular global food trend in the premium baby food category.

McMaster was featured in The Grocer’s 2013 ‘Top New Talent’ feature, their 35 under 35 list. He completed the Accelerated Development Programme at London Business School in 2012 and was in the startups.co.uk Young Guns class of 2018. McMaster is an investor and advisor to The Fold, the leading fashion brand for modern, professional women. He lives in London with his wife Polly, CEO and Founder of The Fold, and their children, Lainey and Finn.

$
3.19
Description:
A complete nutritionally balanced meal in a convenient bottle. Available in Chocolate, Berry and Vanilla. From $3.19 per meal.
Details:
Contains all 27 essential vitamins and minerals, carbohydrates, protein, fat, fiber and phytonutrients.
Request Sample
Huel Bar v3.1
A filling and nutritionally complete snack for any time of the day. Available in Peanut Butter, Salted Caramel, Chocolate, Coffee Caramel and Chocolate Orange. From $1.52 each.
$
56.00
Request SampleRequest Sample

$
56.00
Description:
A filling and nutritionally complete snack for any time of the day. Available in Peanut Butter, Salted Caramel, Chocolate, Coffee Caramel and Chocolate Orange. From $1.52 each.
Details:
Each bar contains a balance of carbohydrates, protein, essential fats, fiber, phytonutrients, and all 27 essential vitamins and minerals.
Request Sample
Huel Hot & Savory, Tomato & Herb

I’ve eaten a meal replacement shake twice a day for two years. Here’s what it was like.
An article highlighting the positive health and economic benefits she experienced when having Huel for breakfast and lunch for two years.

As a dietitian, real food is ideal. Huel products have real ingredients, like oats, coconut oil, and pea protein. It’s easy to prepare and have on the go. Other products on the market often contain fillers and lack the phyto-chemicals that whole foods or a product like Huel provides.

Decades of research have supported adopting a plant-rich diet to increase longevity and enhance well-being, and now we are all looking for ways to reduce our carbon footprint. Huel’s 100% vegan recipe will do both, while allowing you to take control of your health

What I love about Huel is its versatility. It provides a comprehensive nutrient profile with a balanced blend of macronutrients, along with the complete vitamin and mineral profile. It can be used as a meal for the busy working professional, competitive athlete, or weekend warrior. 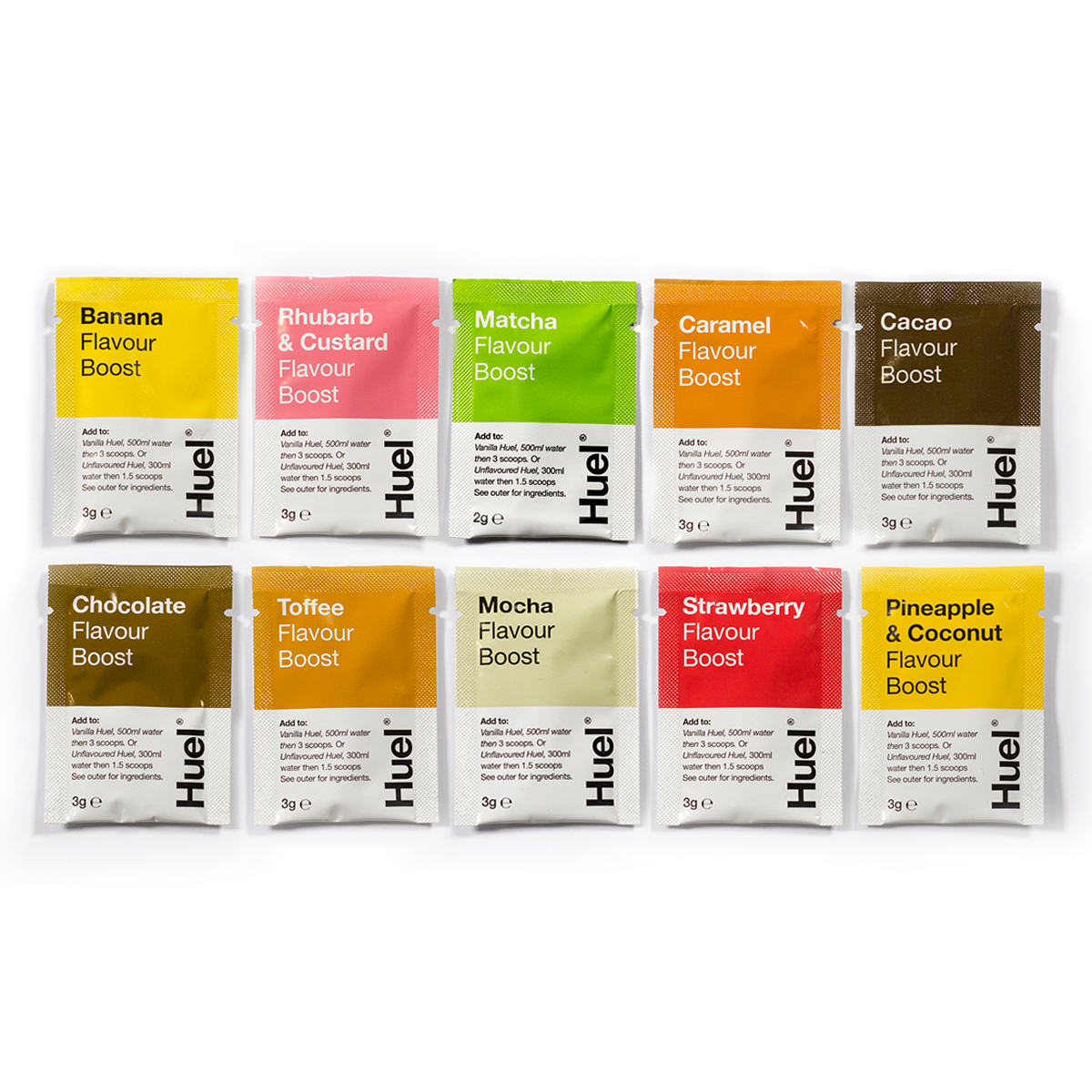 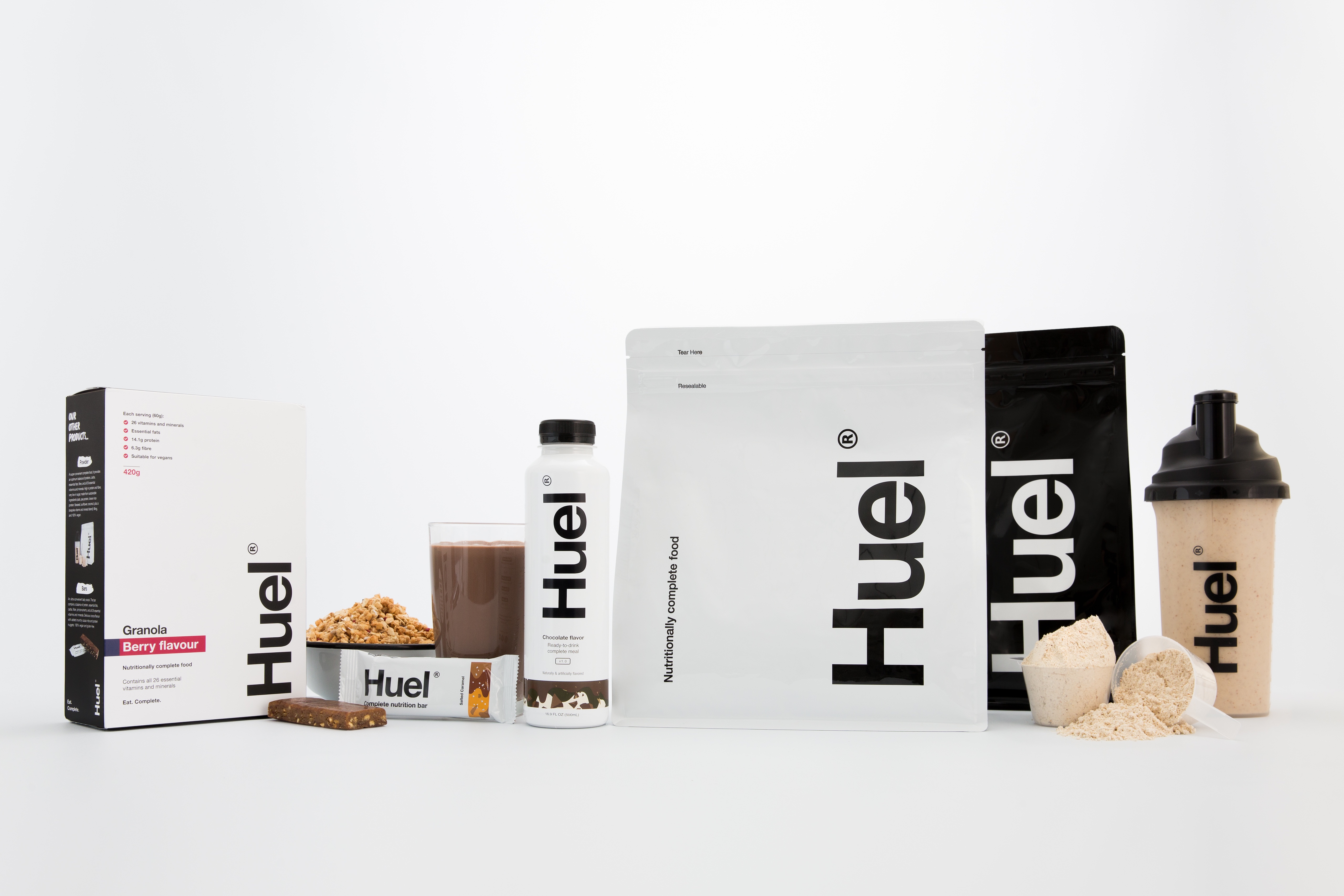 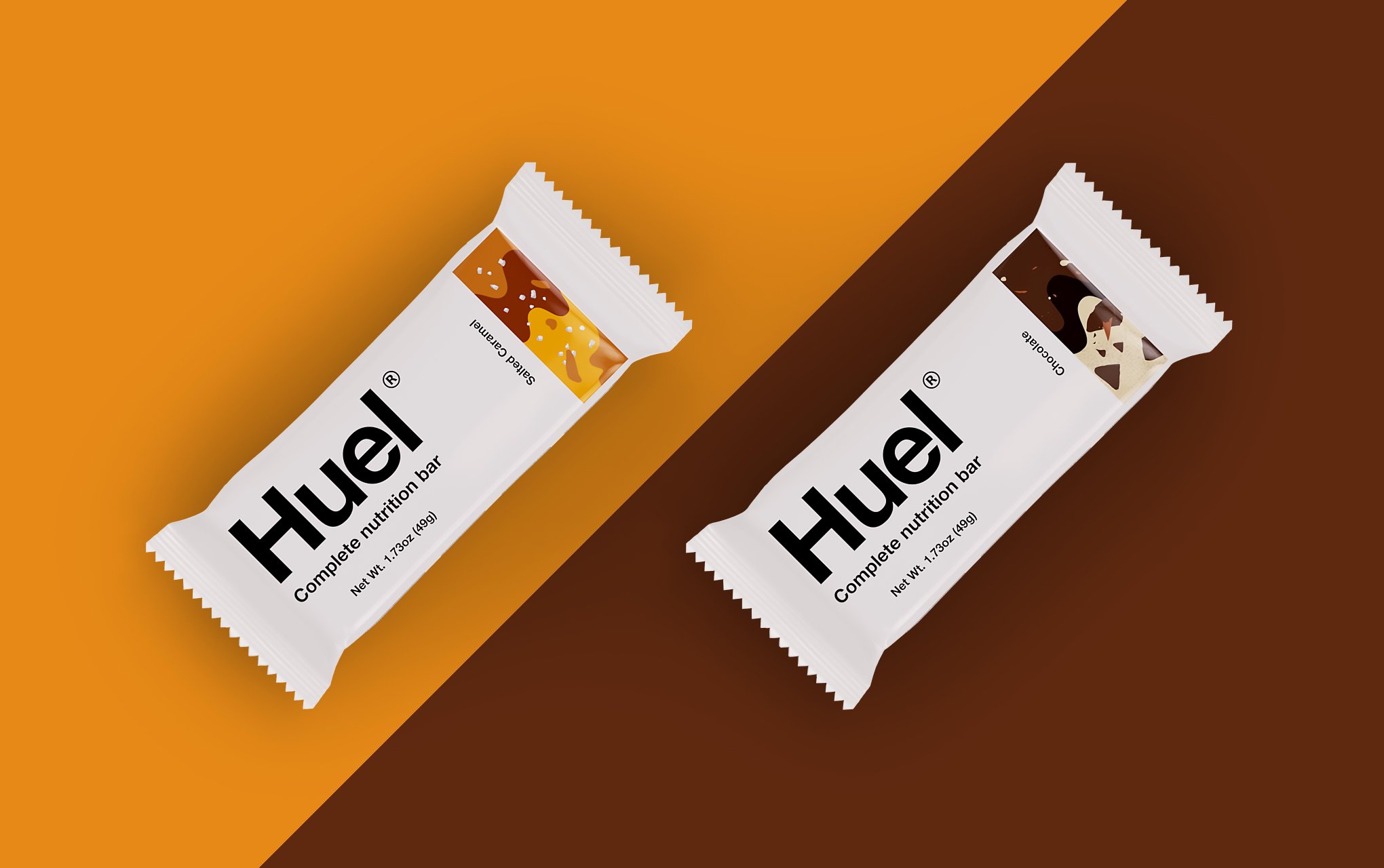 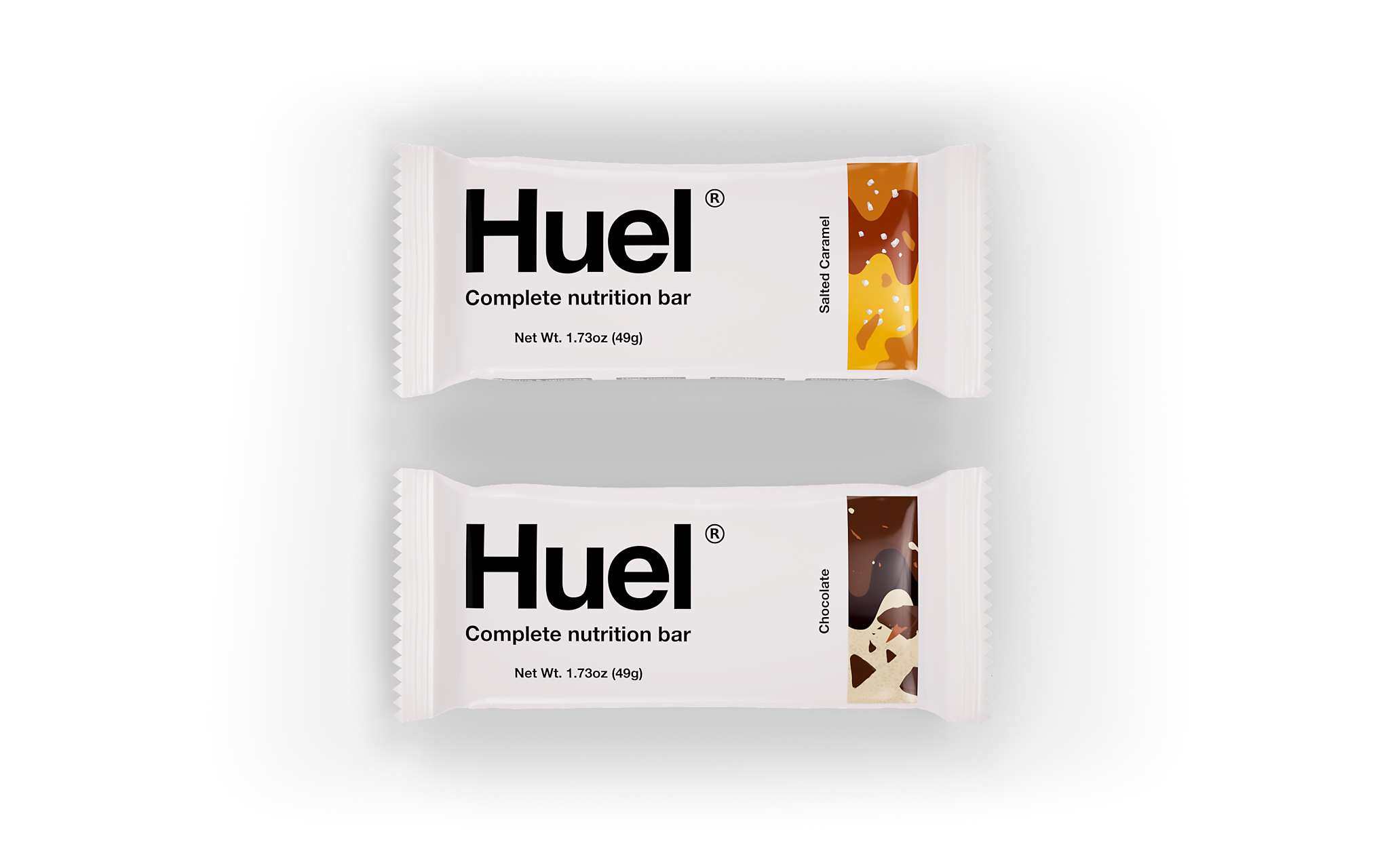 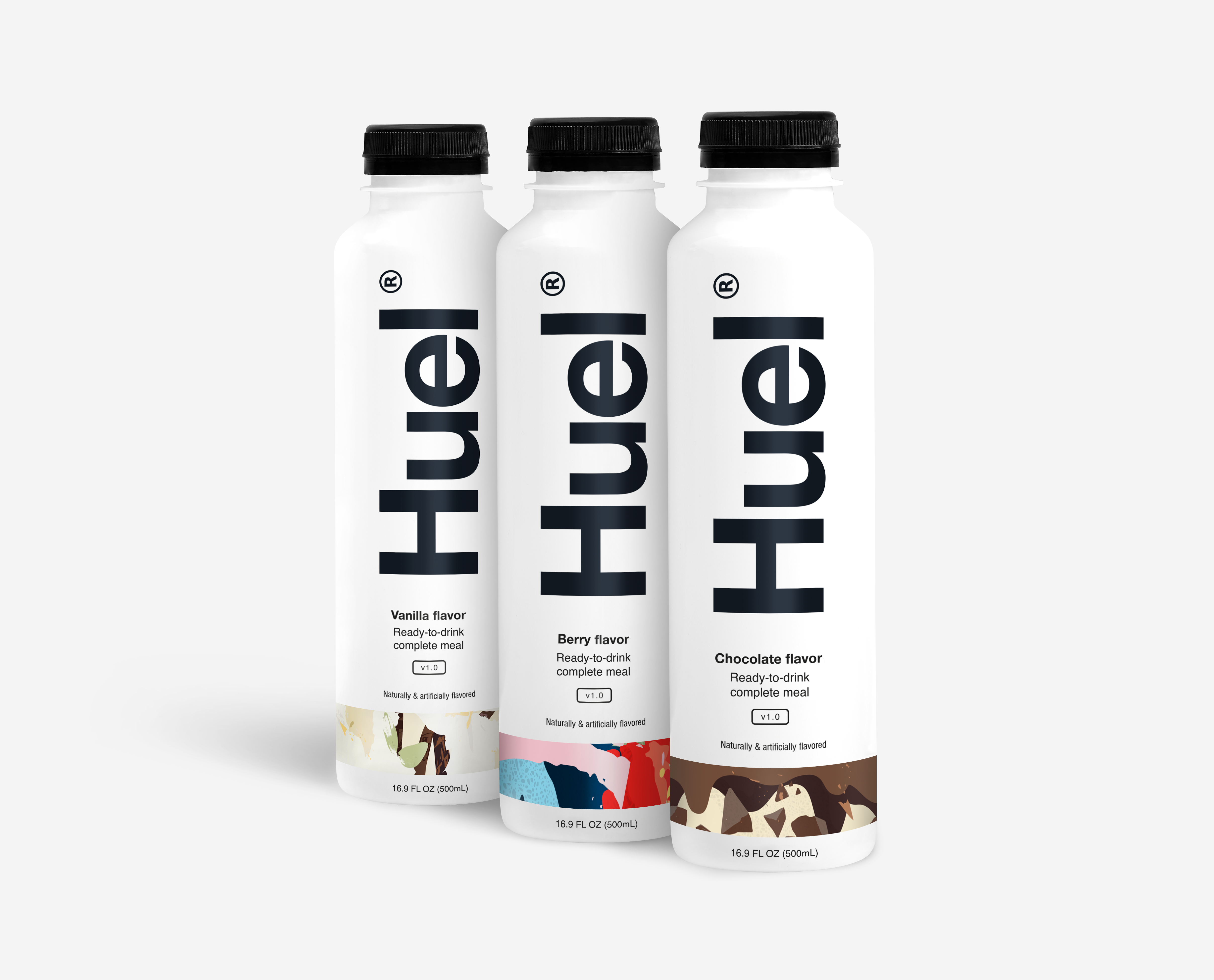 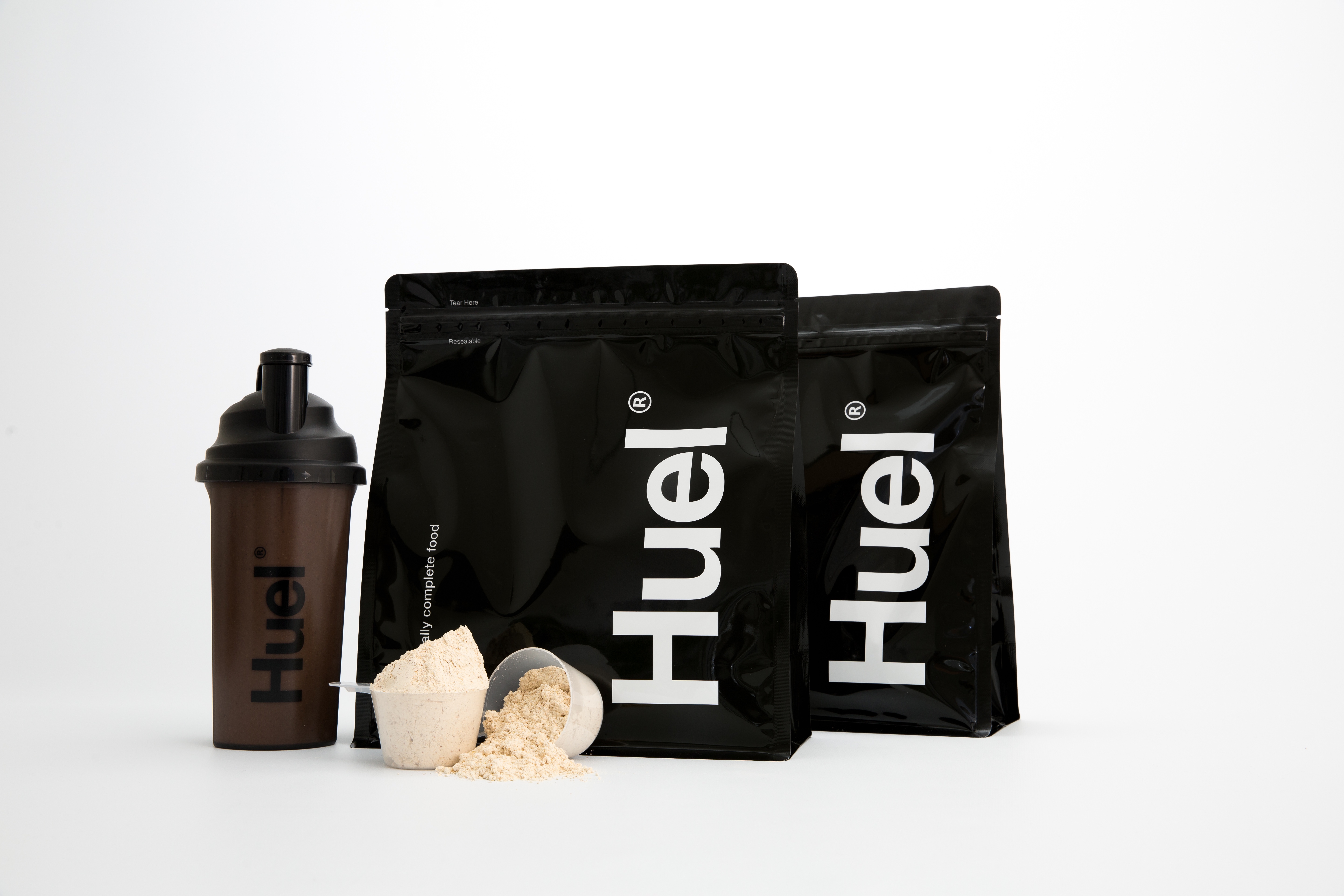 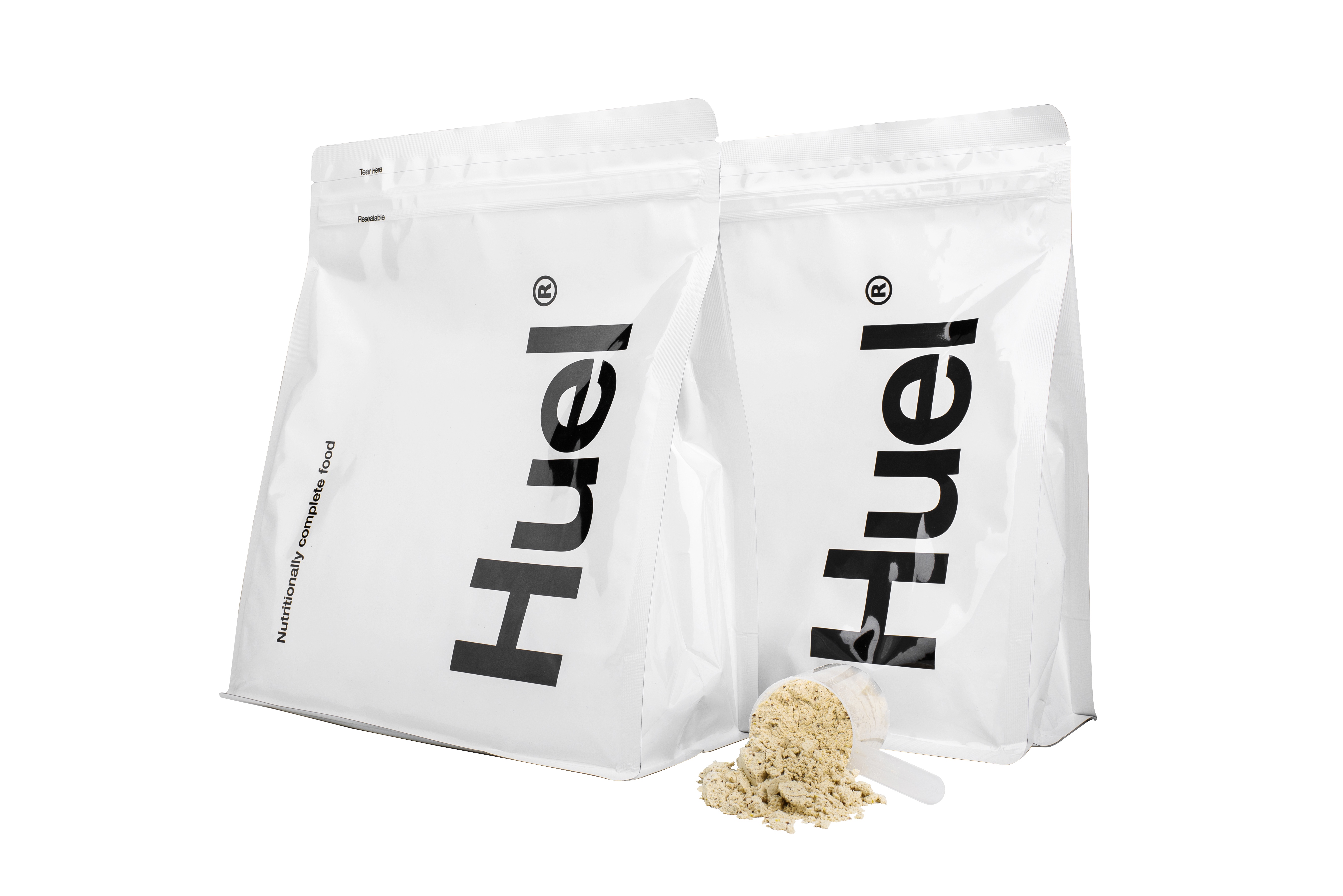