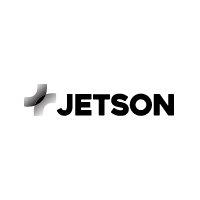 Jetson is the world's only probiotic company enabling Americans to lead a healthier life through honest, high-quality, affordable, and scientifically proven-to-be-effective probiotic products tailored to the human body’s specific needs each season of the year.  Jetson was developed to keep the gut healthy by giving it the diverse strains of probiotics it needs to do its (many) jobs. The seasonal probiotics match the body's changing needs to help manage allergies, flu season and long summer days. Available in Jetson for Adults in a Four Season Subscription (Fit- in summer, Mood- in fall, Immunity- in the winter and Outside for spring) or in Individual Seasonal Formulations and in Jettie for Kids as a Daily Probiotics & Prebiotics (Jettie Baby, ages 0-2. Jettie Kids, ages 2-13); both can be purchased on Amazon or directly from the website. Anyone can take their first steps to being happier and healthier and everyone already knows that you are what you eat. With Jetson, you are what your gut bugs enable you to absorb.

Jetson was Co-Founded by Stefan Weitz and Kiley Taslitz Anderson in 2019 and was inspired by Stefan's personal medical experience. Diagnosed with multiple sclerosis more than 13 years ago, Stefan was subjected to a heavy regimen of prescribed pain pills and other drugs. Despite reassurances from the medical team treating him at the time, Stefan knew there had to be a better way. What followed was a lengthy, exhaustive search to uncover the latest and most effective ways to overcome the health challenges that faced him. After digesting research study after research study and working with noted medical and health practitioners across multiple disciplines, Stefan was able to ditch the daily fistfuls of big-pharma products. He also discovered a world of honest solutions and simple habits that can improve anyone’s health. Knowing the various health challenges Americans face, including diet, stress, and sleep habits, Stefan was inspired to share what he’s learned. And thus, Jetson was born. 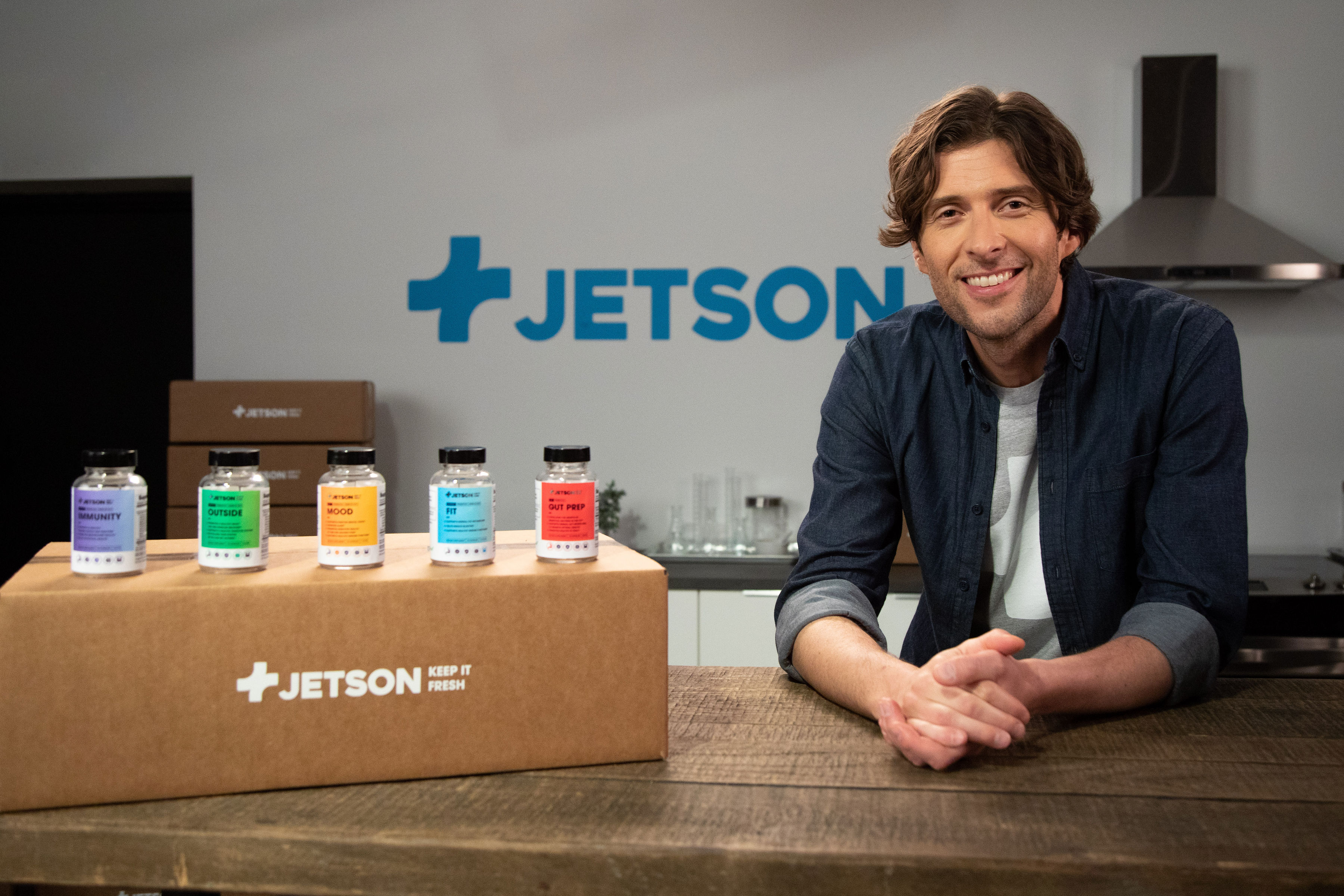 After being diagnosed with multiple sclerosis, Stefan Weitz was immediately subjected to a heavy regimen of drugs that made him feel like crap—which then meant pain pills. Knowing there had to be a better way to live, he conducted an exhaustive search to uncover the most effective ways to overcome the health challenges that faced him. So Jetson was born.

In his current work at ‘87 and Jetson, Stefan relies on the 18 years of skills he developed at Microsoft, leading and building technologies used by a billion people across the planet every day. At Microsoft, he served in roles including senior director of strategy and partnerships; chief evangelist; director of project management; GM of Microsoft WiFi; director of window server incubation; director of  technical strategy and architecture / trustworthy computing; and hunter and GPM of Microsoft Security. After his nearly two decades of work at Microsoft, he served as the executive vice president, advanced technology and chief product officer of Radial, Inc., where he led and then sold the largest independent eCommerce company in North America.

Stefan serves on the GenCon Board for Conservation International and is active in Endeavor Global, a non-profit dedicated to incubating high-impact startups in developing markets. He also serves as a board member for many companies, including Black Rifle Coffee Company, Statewide Traffic Safety and Signs, Mighty Networks, and Summit Public Schools. He splits time between  Seattle and Chicago with his partner, Sarah Elizabeth Ippel, and his  15--year-old daughter, Elena. 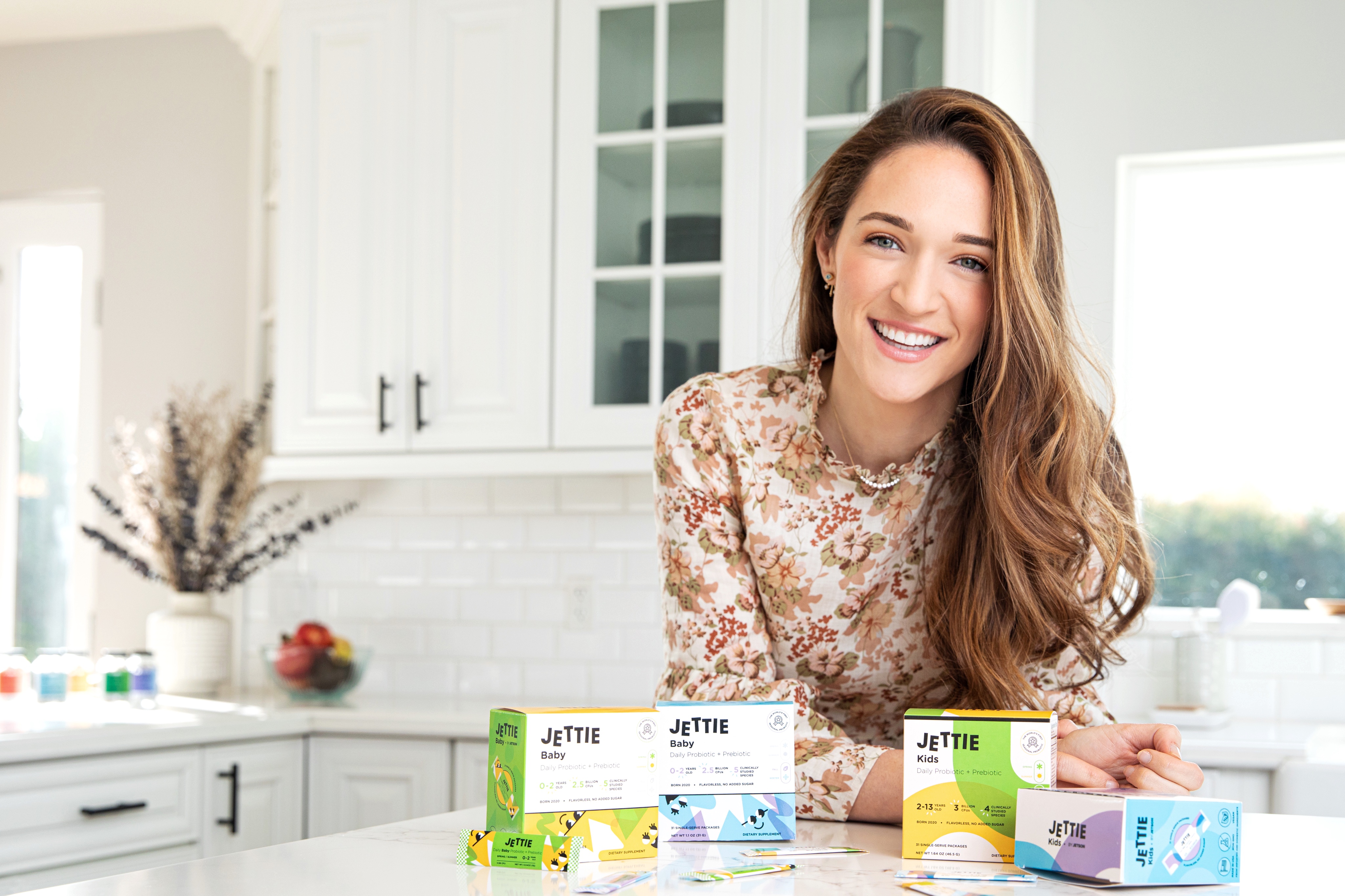 When Kiley was pregnant with her second son, she was fired after telling her boss she was pregnant – which led to a maternity discrimination lawsuit that ultimately ruled in her favor. In the years since, she's started her own businesses, and works with and leads women everyday. She strives to support them in a way that never was, because she know there’s nothing more important and empowering than motherhood. She makes it her mission to support women as they continue to fight discrimination, harassment, and unequal pay. Above all, she encourages the women in her life (especially the mothers) to be true to themselves, and believe in their value—because becoming a mother does not diminish your worth, it adds to it.

Details:
Bacillus subtilis DE111 Promotes a healthy microflora in the gut and support overall health. Spore based probiotic strain that's stable under harsh conditions. Lactobacillus acidophilus NCFM Supports a stronger immune system which can contribute to fewer sick days and a reduction in antibiotic use. So your kids can have less absent days from school! SUPPORTING STUDIES: 1 Lactobacillus rhamnosus GG Helps with allergic symptoms and supports a healthy immune function. May help with oral health through balancing the mouth's bacterial growth. SUPPORTING STUDIES: 1 2 3 4 Bifidobacterium lactis HN019 Supports nutrient absorption which is essential for development. Studies have shown that children who have taken this strain have had less severe illness and fewer high fevers. SUPPORTING STUDIES: 1 2 Isomaltooligosaccharides Besides the benefit of feeding probiotics, it may help improve mineral absorption and contribute to overall digestive health. Other Ingredients, Organic rice hull, Inulin (Jerusalem Artichoke)
Request Sample
SKIN

Feeling exhausted? Burned out? Generally unenthusiastic about most things? Mood is about as close as you’ll get to the refresh you’re looking for. It’s a mood boosting probiotic, need we say more? The ingredients in Mood have been specifically studied to improve anxiety and stress-related issues, enhance sleep quality, boost metabolism and reduce fatigue.

Feeling exhausted? Burned out? Generally unenthusiastic about most things? Mood is about as close as you’ll get to the refresh you’re looking for. It’s a mood boosting probiotic, need we say more? The ingredients in Mood have been specifically studied to improve anxiety and stress-related issues, enhance sleep quality, boost metabolism and reduce fatigue.

$
35.00
Description:
Immunity, Jetson's winter probiotic formula, is specifically designed to boost the immune system and protect from illness. It uses scientifically studied bacterial strains clinically proven to strengthen the immune response to viral respiratory illness and decrease inflammation, plus Vitamin C and Echinacea to supercharge the immune-boosting power.
Details:
Jetson’s probiotics rotate seasonally, meaning they are constantly reformulated and informed by the latest scientific findings. This year’s version of Immunity contains: Lactobacillus rhamnosus GG – shown to have a 34% reduced risk of upper respiratory tract infections and a 43% reduced risk of RTI lasting longer than 3 days Bifidobacterium lactis (Bl-04) – studied to reduce the risk of upper respiratory tract viral infection and reduce the severity of sickness Vitamin C – known to contribute to immune defense Echinacea – studied as a way to shorten the duration and lessen the severity of colds
Request Sample
FIT

Fit was created to help you feel your best for activity-filled days. Whether you’re gearing up for a long workout, a day at the beach or just spending the afternoon outside with the family. This formulation's strains have been clinically shown to aid in weight loss, handle de-bloating, boost energy and support immunity - because you can’t reap the benefits of warmer weather if you’re under the weather.

Fit was created to help you feel your best for activity-filled days. Whether you’re gearing up for a long workout, a day at the beach or just spending the afternoon outside with the family. This formulation's strains have been clinically shown to aid in weight loss, handle de-bloating, boost energy and support immunity - because you can’t reap the benefits of warmer weather if you’re under the weather.

$
39.00
Description:
Gut Recovery is a powerful, multi-strain probiotic that maintains digestive balance during and after a course of antibiotics. BdAntibiotics kill bacteria – which means they not only kill the bad, they kill the good too. This flavorless powder survives an antibiotic attack and replenishes the good bacteria wiped out by antibiotics. It can also combat uncomfortable antibiotic-related symptoms like nausea, diarrhea and yeast infections.
Details:
Ingredients are formulated to provide the following health benefits: promote a healthy microflora in the gut and support overall health, to maintain microbial balance in the intestine that modulates immunity, reduce bloating, diarrhea and taste disturbance while taking with antibiotics, help with occasional diarrhea and can produce antibiotic-like substances, survive in hostile environmental conditions
Request Sample

A Skin Supplement and Probiotic in One, Jetson’s Latest Formula Solves Skin Problems from the Inside, Out

Jetson, the World's Only Seasonal Probiotic, Launches New Products to Help Combat the Effects of Depression, Anxiety and Boost Immune Health for Fall

A Former Microsoft Exec Explains Why It’s Smart to Be the ‘Dumbest Guy in the Room’
Jetson Founder Stefan Weitz always wants to learn more — even when it makes him look stupid.

Women in Wellness: “We must make healthy foods more accessible; America is the sickest country in the world because of what we eat” with Kiley Taslitz-Anderson of Jetson
Kiley, Co-Founder of Jetson, talks current health issues and what's ailing America

How A Life-Threatening Diagnosis Led This Entrepreneur To Discover His Life Purpose
The genesis story of Jetson. Founder Stefan Weitz, former Microsoft executive, was diagnosed with MS. He needed probiotics for his symptoms and to ward off side effects from his meds. He couldn't find any that were good enough, so he created his own.
No items found.
No items found.

"Since taking Jetson, I feel lighter in the morning and have more energy all day."

"Since taking Jetson my digestion feels better, and I haven't gotten sick once."

"Since starting Jetson, I've avoided getting sick, and I think Jetson's a big part of that." 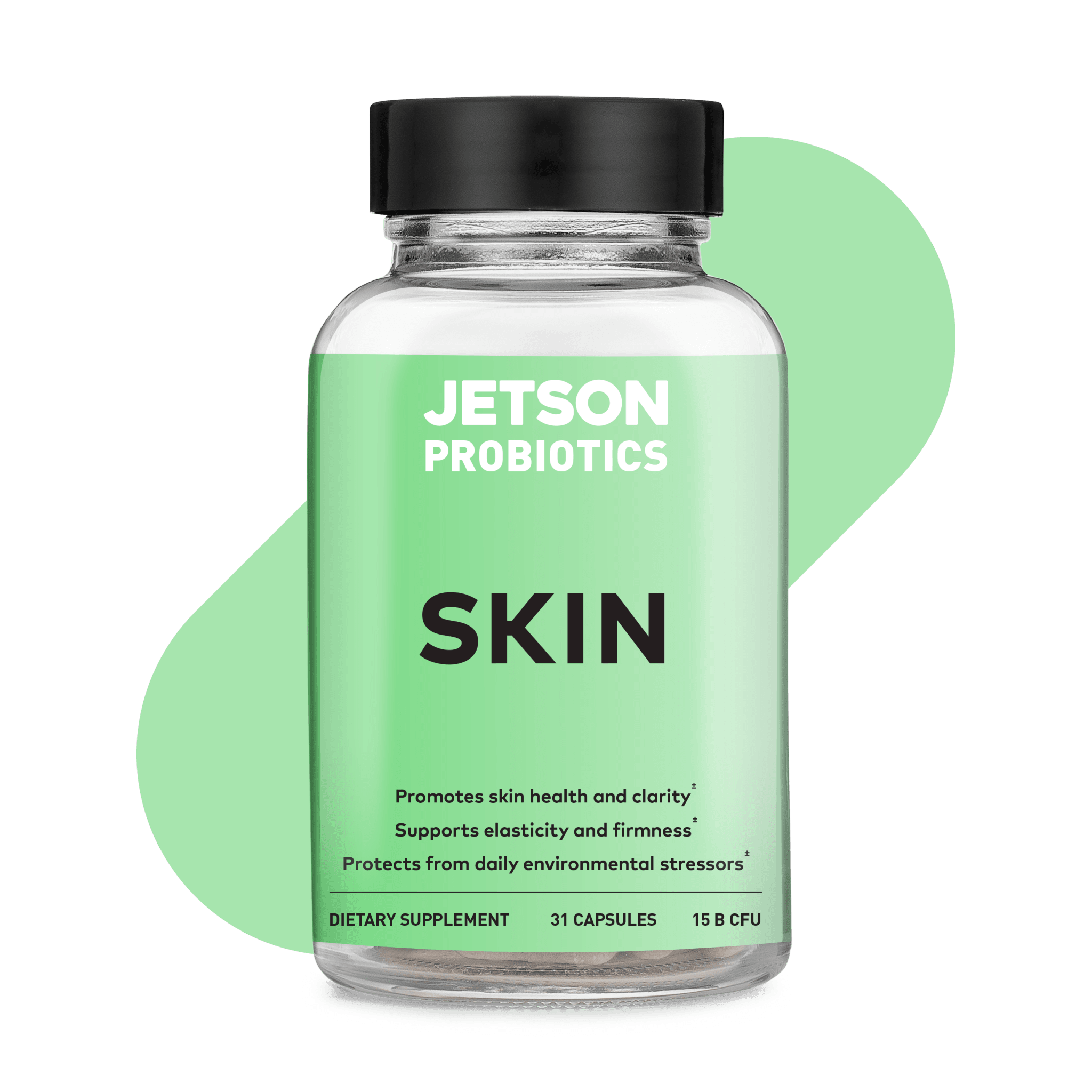 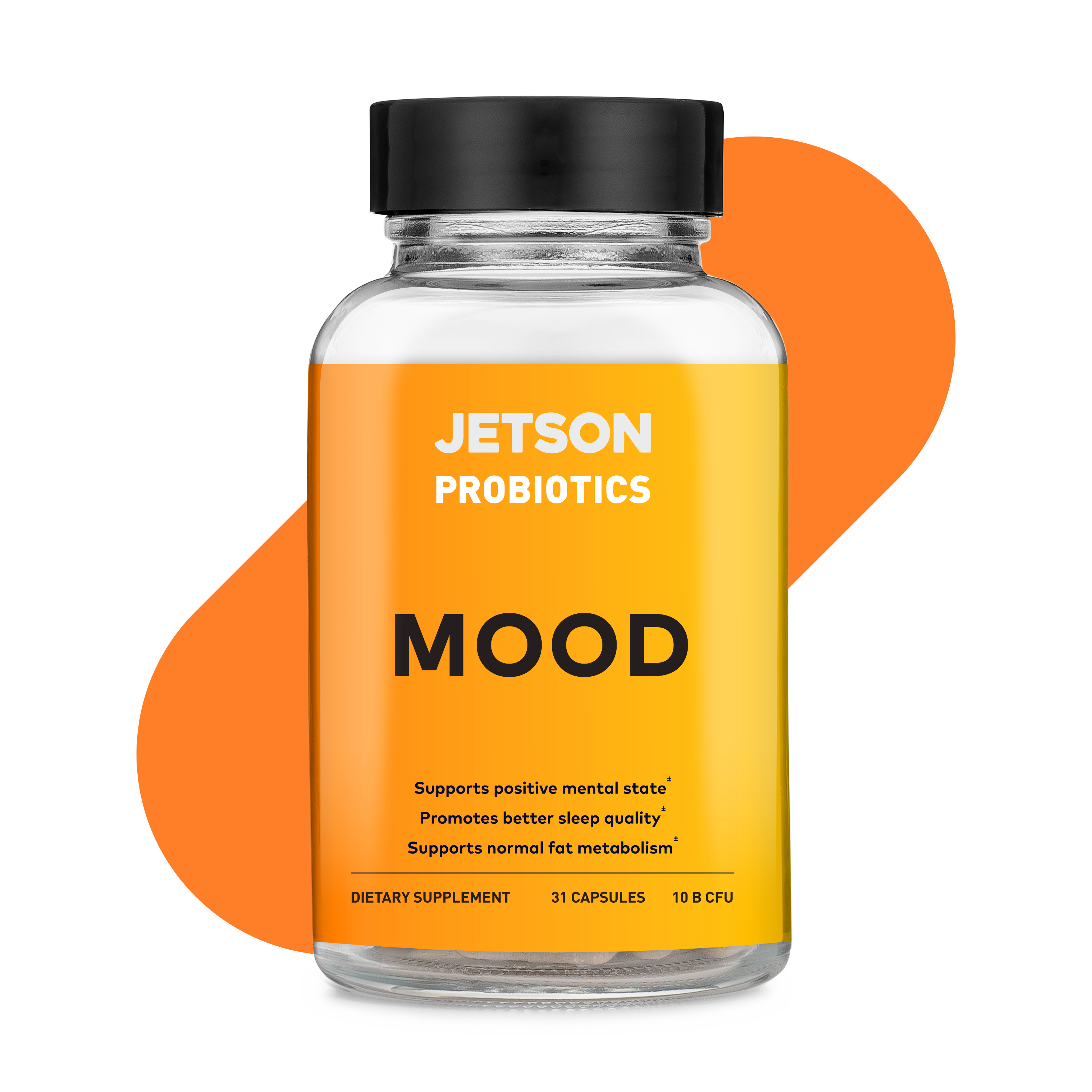 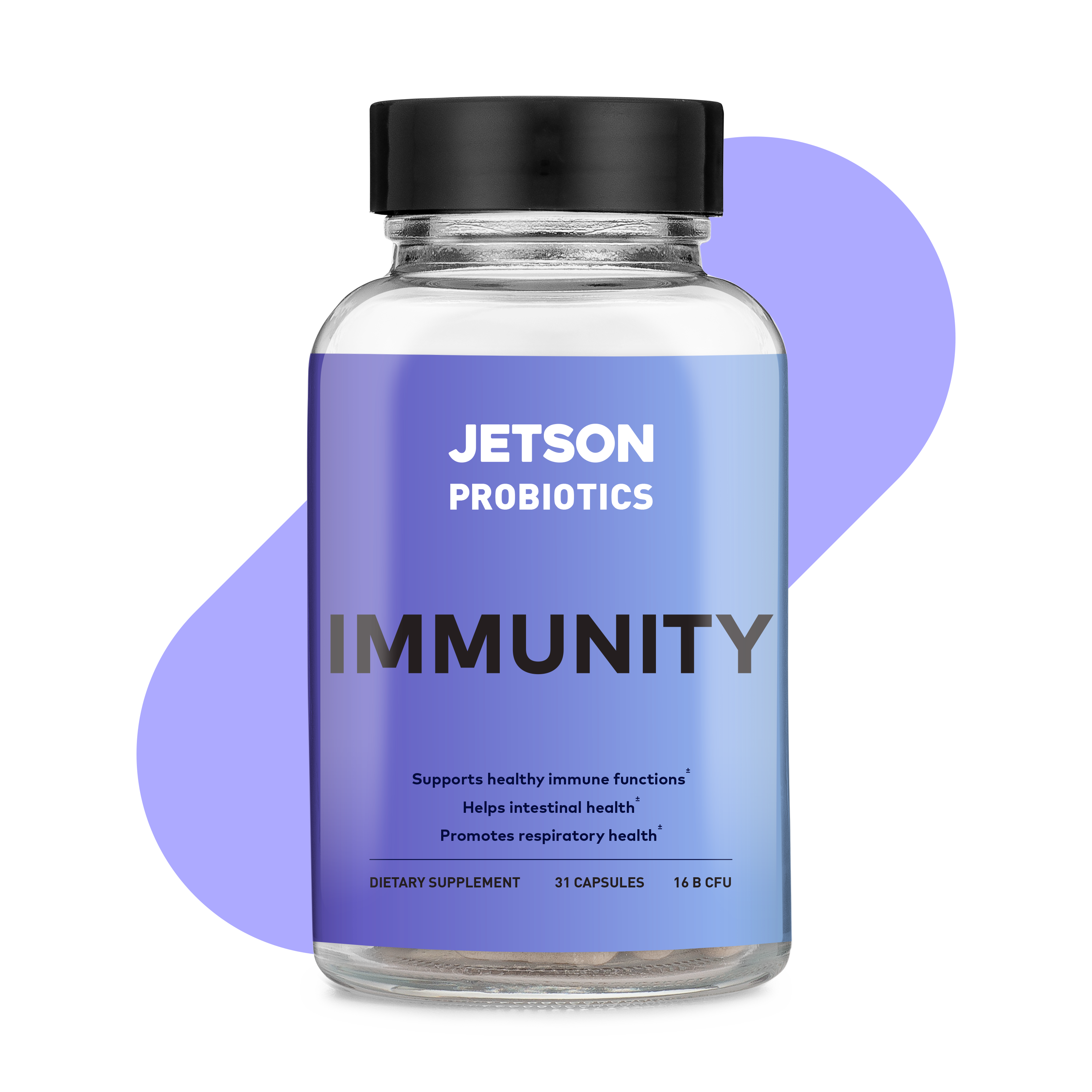 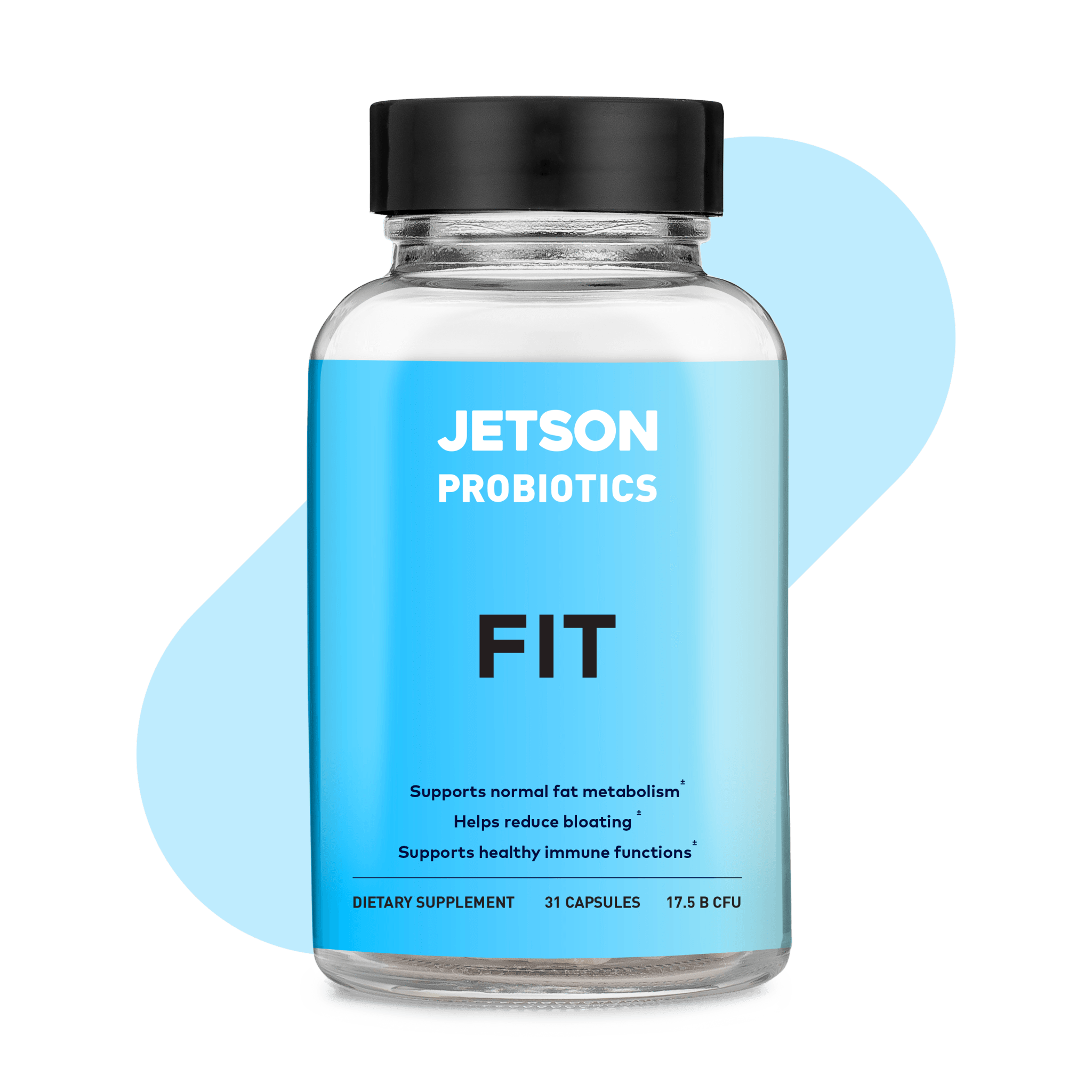 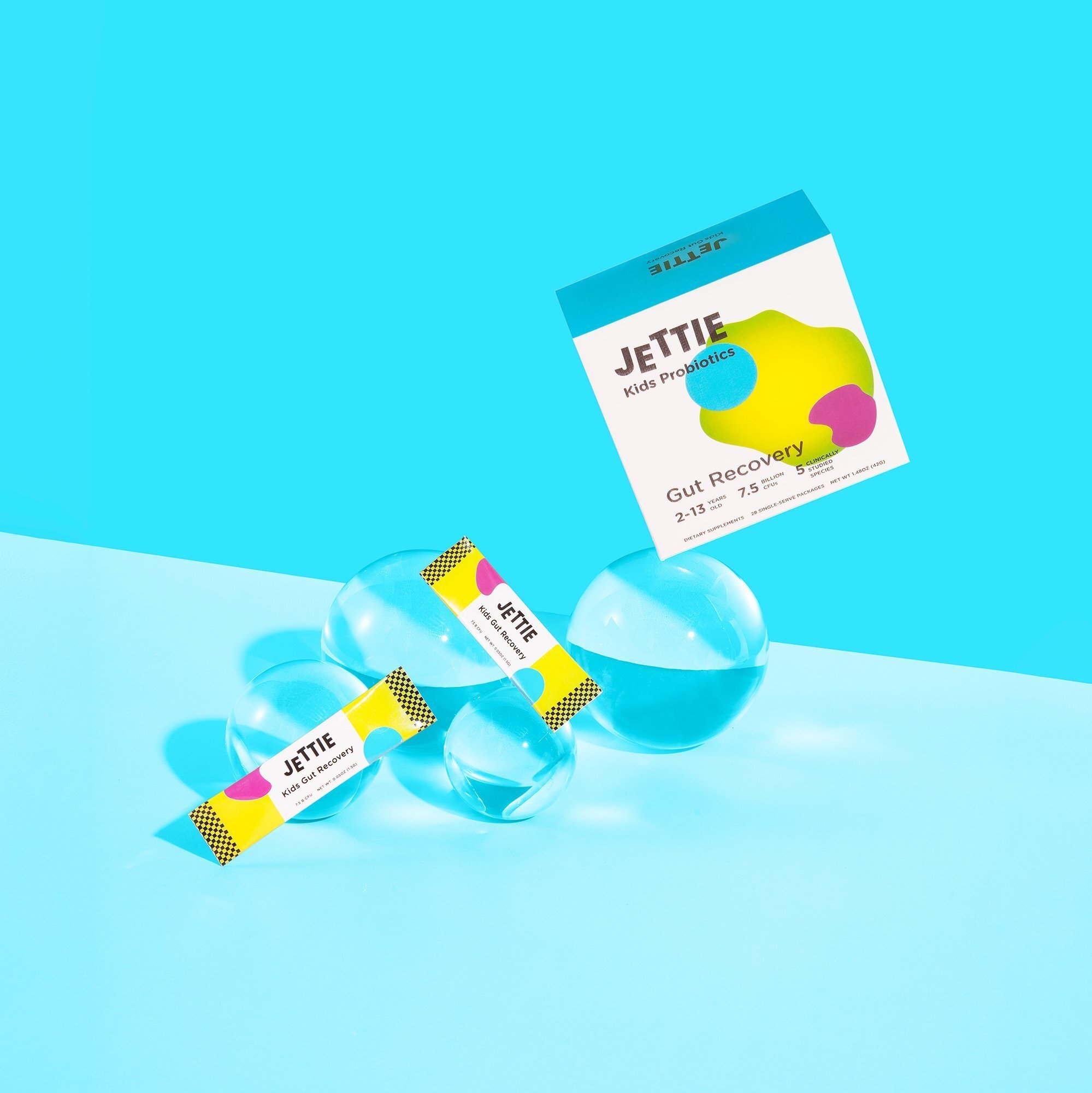 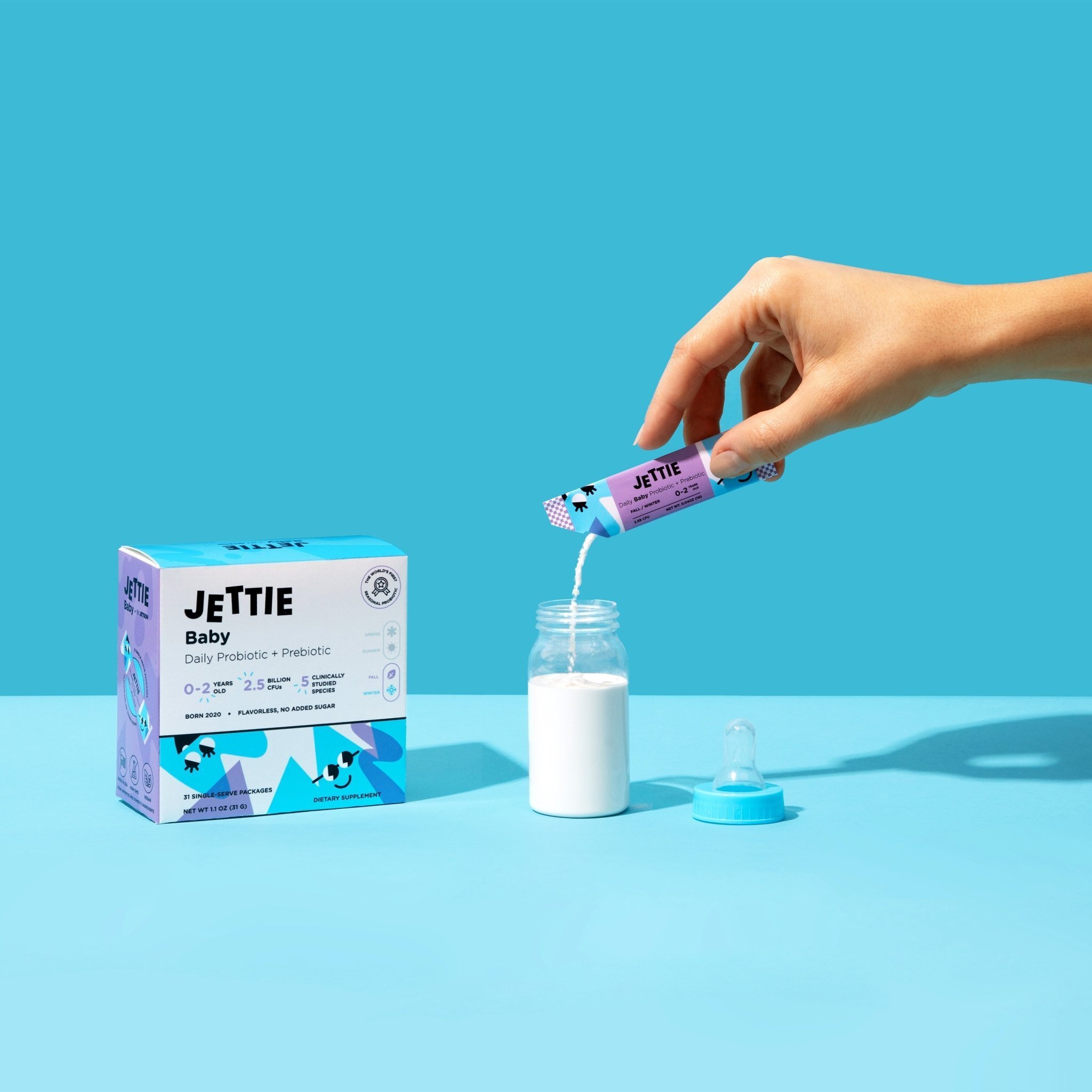 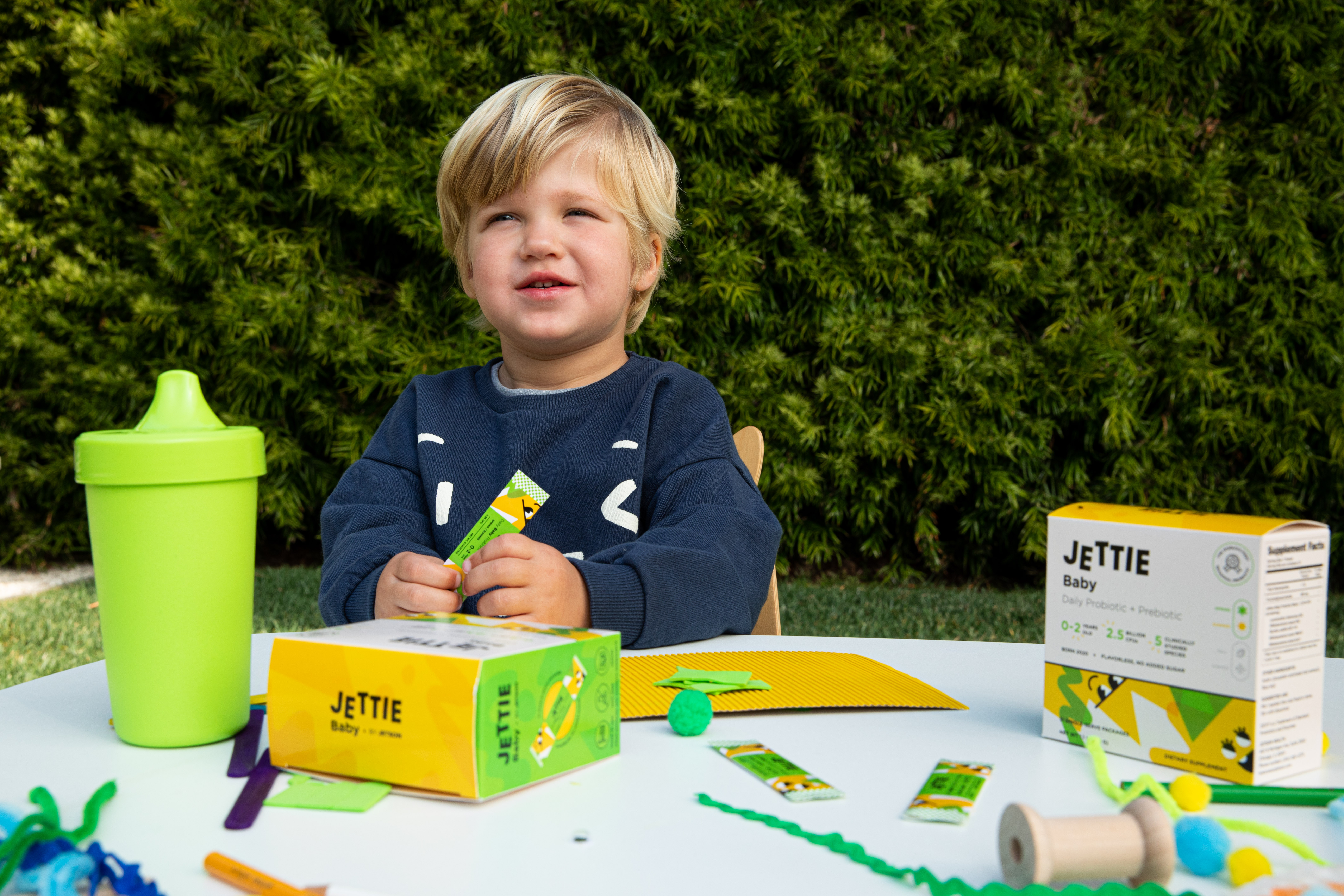 Breakthrough Products About to go Mainstream