App
Independently Owned
Made in the USA 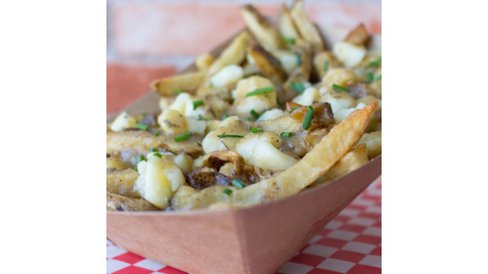 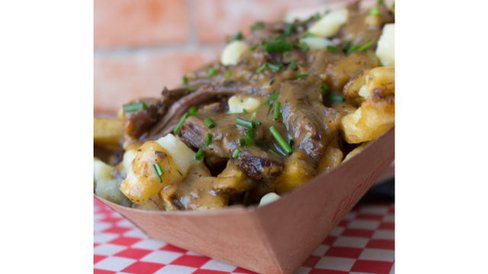 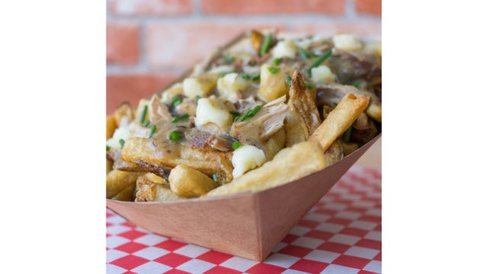 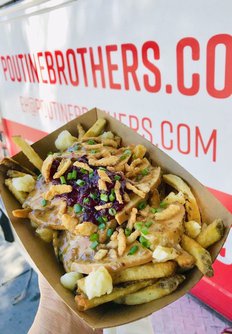 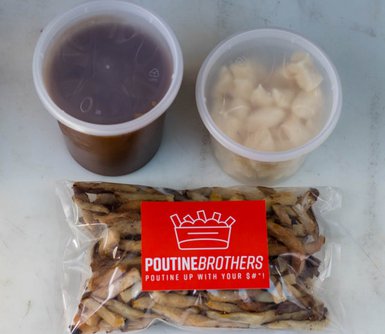 Poutine Brothers is bringing Canada's national dish, poutine, to California and nationwide through its partnership with Goldbelly. What is poutine, you ask? It's a base of double-fried french fries with cheese curds and brown gravy, created entirely from homemade ingredients. Poutine Brothers source their cheese curds from Wisconsin (since the U.S.A doesn't allow them to import unpasteurized Canadian curds.) Poutine Brothers has a unique position in the SoCal market and beyond with creative takes on traditional poutine: a melt-in-your-mouth beef short rib poutine, poutine with an Indian twist (topped with tikka masala chicken) and their take on a Canadian smoked pork poutine. Poutine Brothers even has the vegan community covered, with 3 alternating vegan options such as "Parmesan"-roasted cauliflower poutine topped with vegan gravy. The majority of the Poutine Brothers menu is gluten-free, too.

Poutine Brothers was founded by Chris and Matt Urakami, two brothers who grew up playing club hockey and frequently touring throughout Canada. Imagine being a young boy and discovering a meal in which french fries are a key ingredient... it was love at first bite. They developed the concept for Poutine Brothers as adults, and after a test run among friends, realized they had a business opportunity on their hands. They promptly quit their corporate jobs in marketing and accounting, and Poutine Brothers was born.

Thrillist 22 Places to Eat and Celebrate Thanksgiving in LA This Year If you’ve always wanted to have your Thanksgiving dinner on top of a pile of fries (which does indeed sound pretty amazing), here’s your chance.
Eater LA The Best Dishes Eater Editors Ate This Week, December 2019 Stop by Poutine Brothers for the classic with cheddar curds, or other options loaded through with short ribs, smoke pork, and more
LA Magazine The Best Thanksgiving Takeout Options for Any Size Gathering It’s a wild time, maybe eat some disco fries. For this Thanksgiving version, Poutine Brothers top regular or sweet potato fries with cheese curds, turkey, cranberry sauce, crispy onions, and house-made gravy.
Los Angeles Times These restaurants are offering takeout and delivery during the coronavirus pandemic Poutine Brothers - Takeout Available
LAist Where To Find The Best Poutine In Los Angeles Chris and Matt Urakami's handsome smoked pork and short rib poutines are understandable best-sellers while the delicate "parm" cauliflower vegan version offers a more idiosyncratic option
Los Angeles Times Where to order your takeout Thanksgiving dinner Maybe you want to throw tradition to the wind and eat Thanksgiving poutine.

App
Independently Owned
Made in the USA