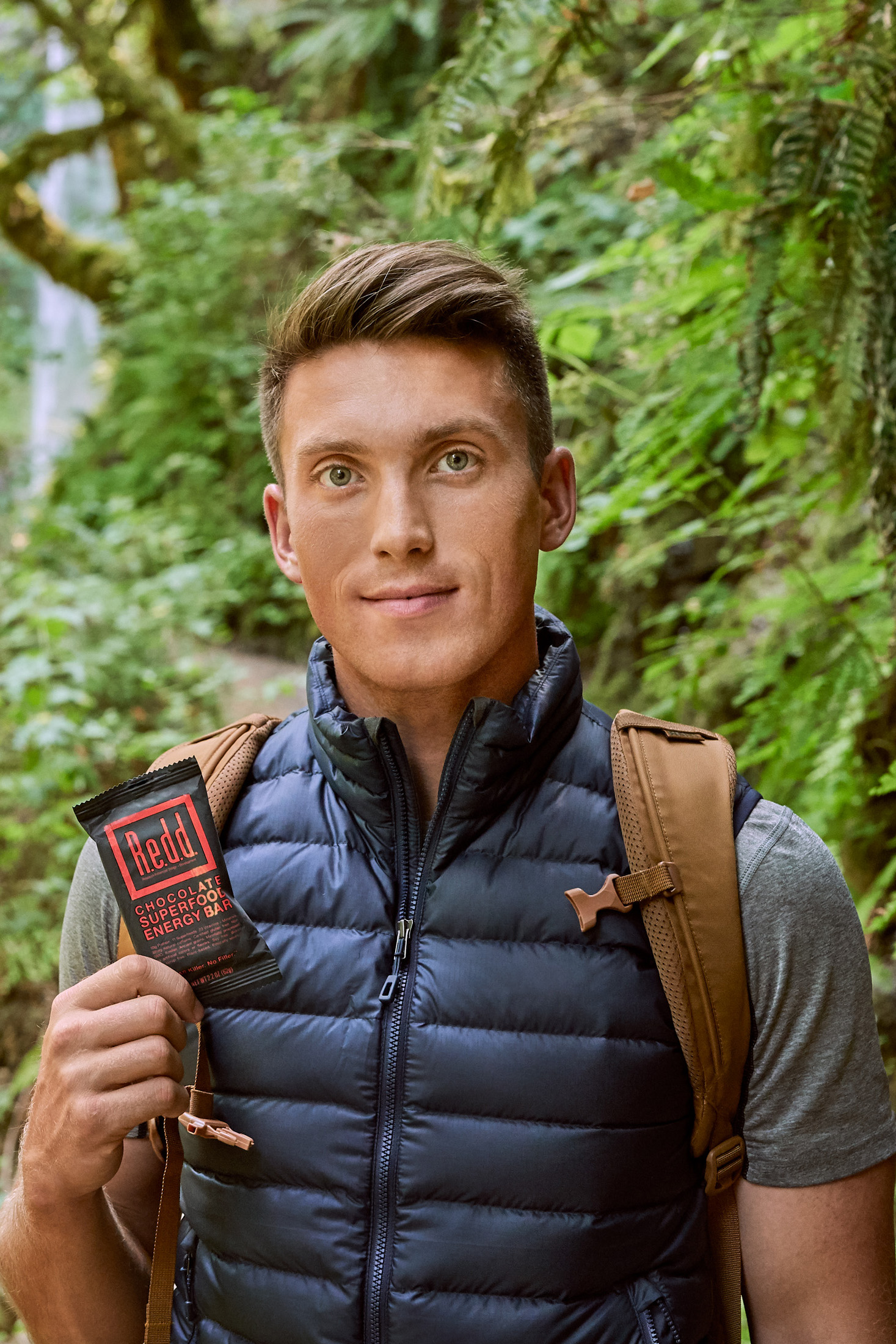 Founder Alden Blease found that his college meal plan wasn’t cutting it; he burned through it in the first few weeks of the semester. After that, finding good alternatives was tough. “I could’ve probably got by on chips but, to me, food is really important. It affects you, mentally and physically. Eat crap, feel like crap.” Eventually, this led Alden to a local health food store.BROKE NOT BROKENHe didn’t have much time or money, and he certainly wasn’t looking for anything fancy. So, Alden hit the bulk foods section and mixed a bunch of inexpensive, nutritionally dense ingredients into a big bag. “The concoction—and trust me, it really was a concoction—not only sustained me, it gave me a serious and sustained energy boost!”A BACKPACK BUSINESSAlden then started carrying his new energy “bar-ish” invention to classes. Curiosity ensued, and quickly became a budding, dorm room business. It beat selling pot! The predecessor to Redd was born. “I called it “Rawgasms” and it literally started out of my backpack (we had to change the name eventually…). At first, my goal was just to offer my fellow broke students a healthy, affordable alternative to whatever junk food they were eating to supplement the school meal plan. But then, you know…”HELLO, REDD After two years of serious grassroots success and a ton of feedback, Alden connected with designer and health food enthusiast, Reed Allen. “Together we re-branded, refined, re-designed, etc, etc, etc… I doubled-down and renewed my initial commitment to the highest quality, all-natural ingredients and, in June of 2014, we released our first product: Chocolate Brownie by Redd.”The rest, as they say, is history.

R.E.D.D. Peanut Butter Plant-Based Protein Bar
Creamy, nutty, and perfectly craveable. More portable than a spoonful from the jar, yet stuffed full of plant-based proteins and holistic nutrition. Curb your hunger, check your wellness box, and kick your butt into gear. All in a few one-handed bites.
$
35.88

“The R.E.D.D. Chocolate Superfood Energy flavor is the best-tasting protein bar I’ve ever had.”

“In comparison to the better bars on the market (Clif, ProBar, LÄRABAR) that offer reliable energy, R.e.d.d. fits in well, setting itself apart with the bonus boost of the half-shot of caffeine. If I’m home and heading to a workout, I still prefer an espresso shot and whole wheat toast with almond butter, banana, and raw honey. But the pantry will now share space with some new portable nutrition, and I’ve cleared space for a new box of bars that’s gray, white and R.e.d.d. all over.”

“It’s a protein bar…and an energy shot…with a multivitamin thrown in. But, most importantly, it’s a delicious brownie. There’s a glut of snack and meal replacement bars on the marketplace that take great pains to cram as much nutrition into an edible 3-inch-by-5-inch rectangle as possible. They make high-density nutrition nuggets, but they can’t seem to nail down one of the most important aspects: The Taste. Until R.e.d.d.’s Chocolate Brownie.” 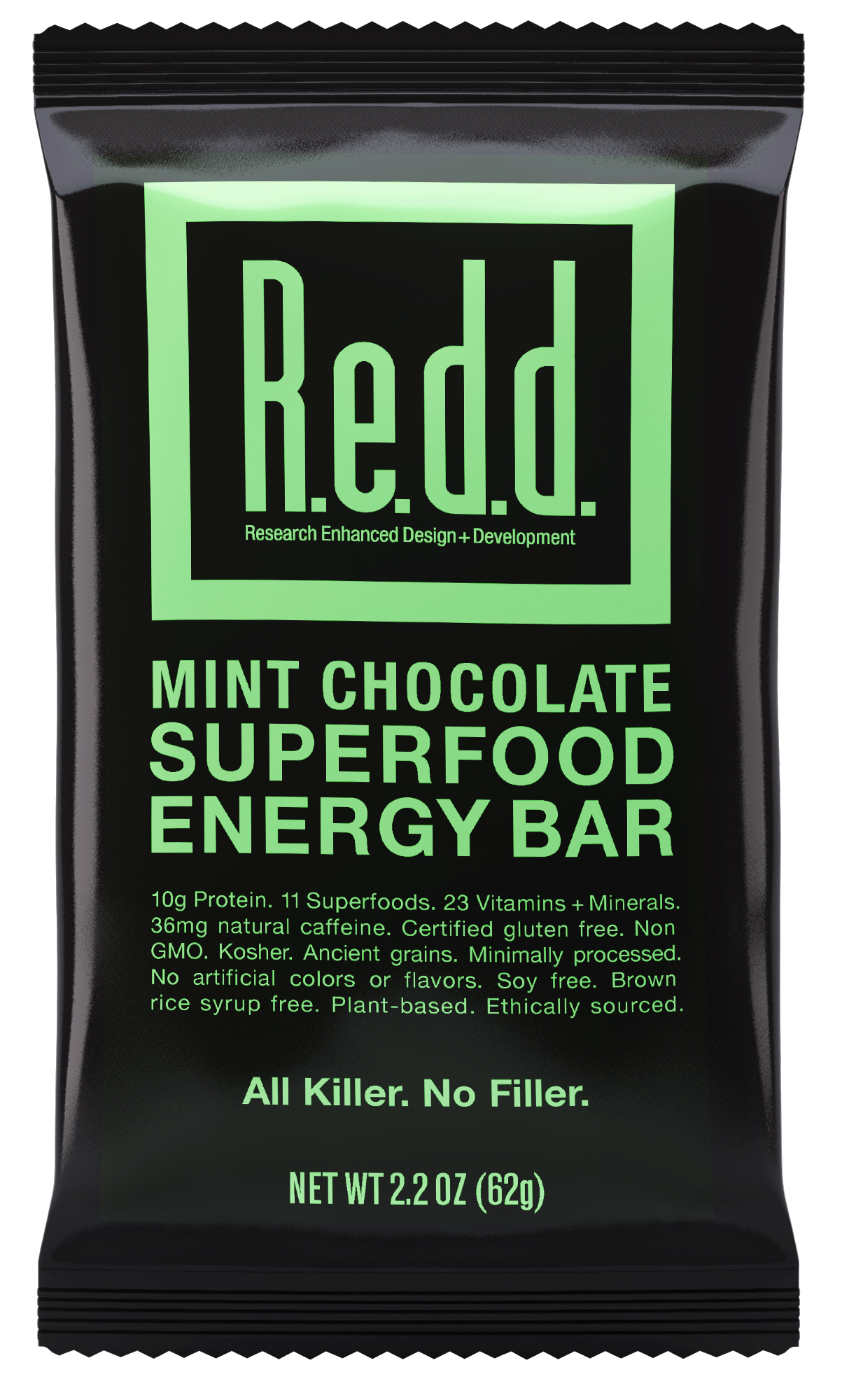 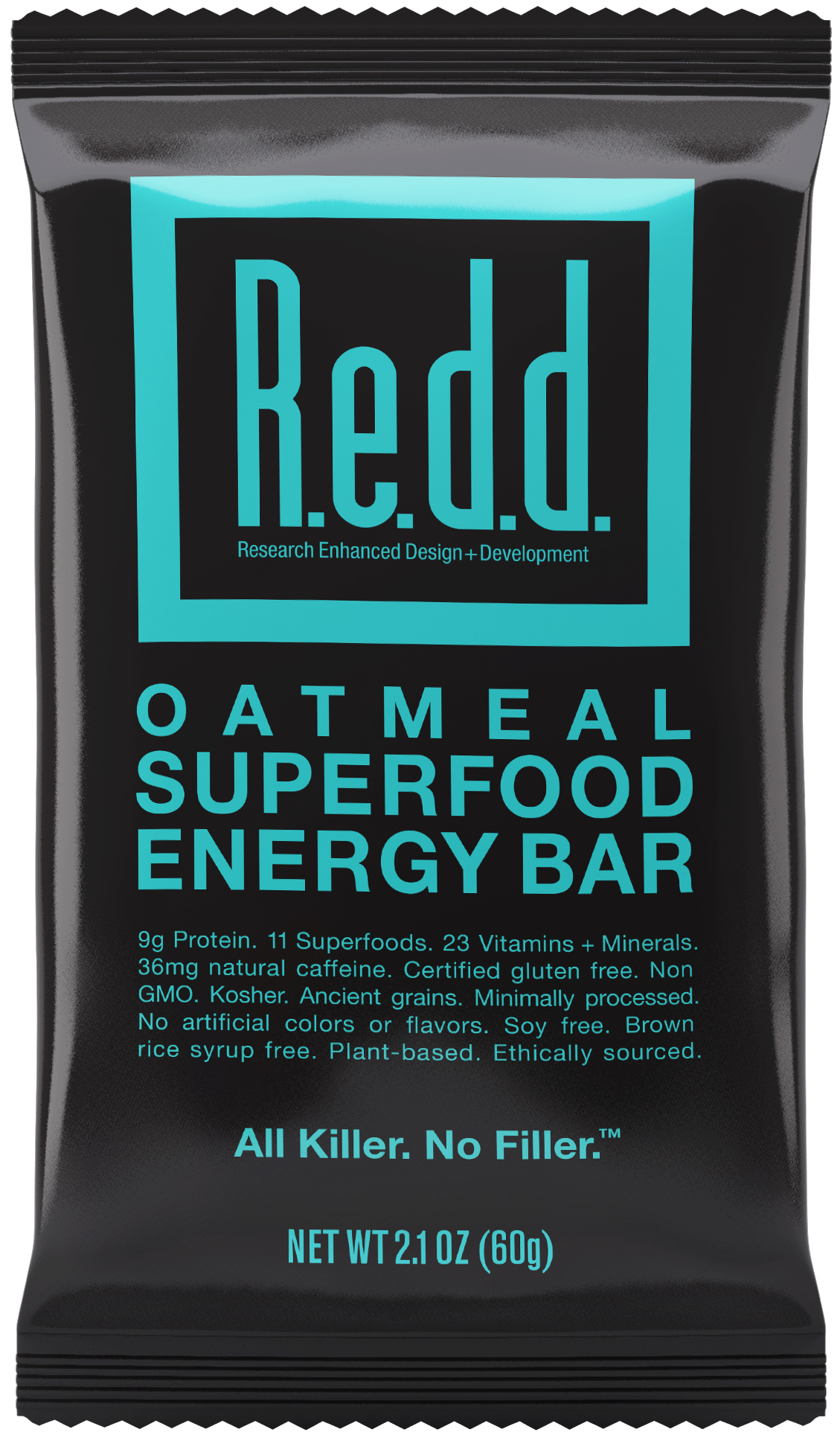 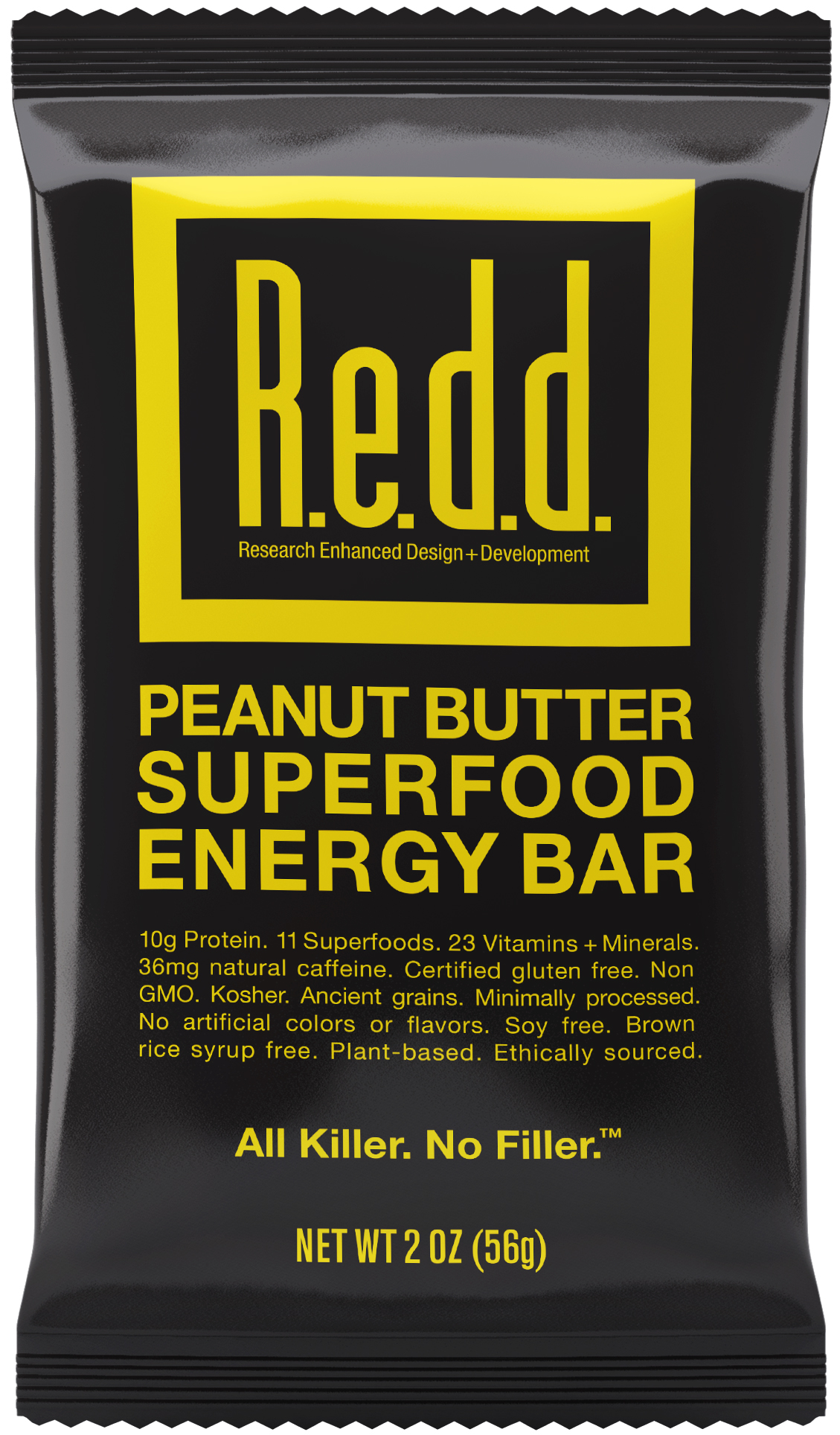 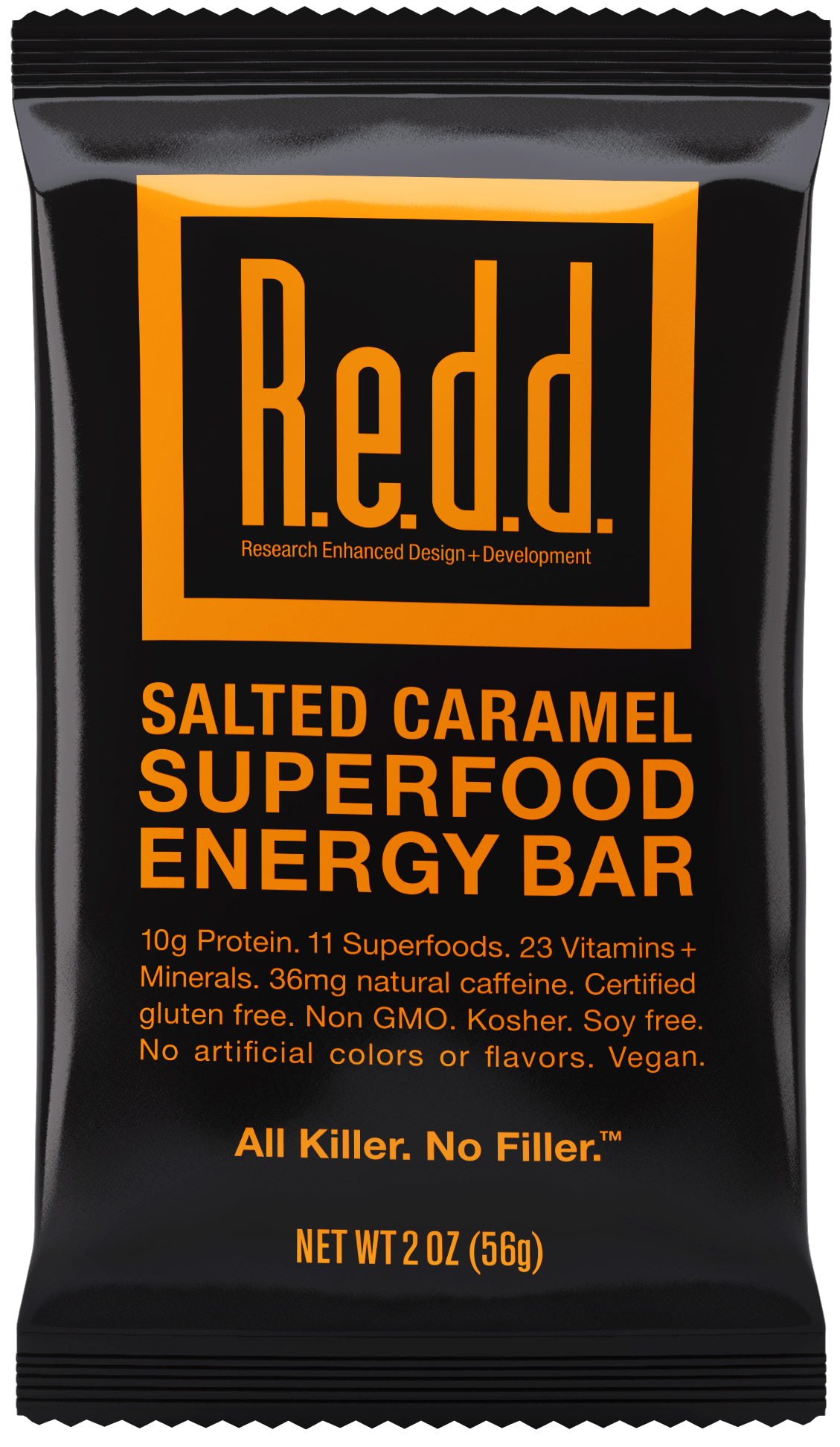 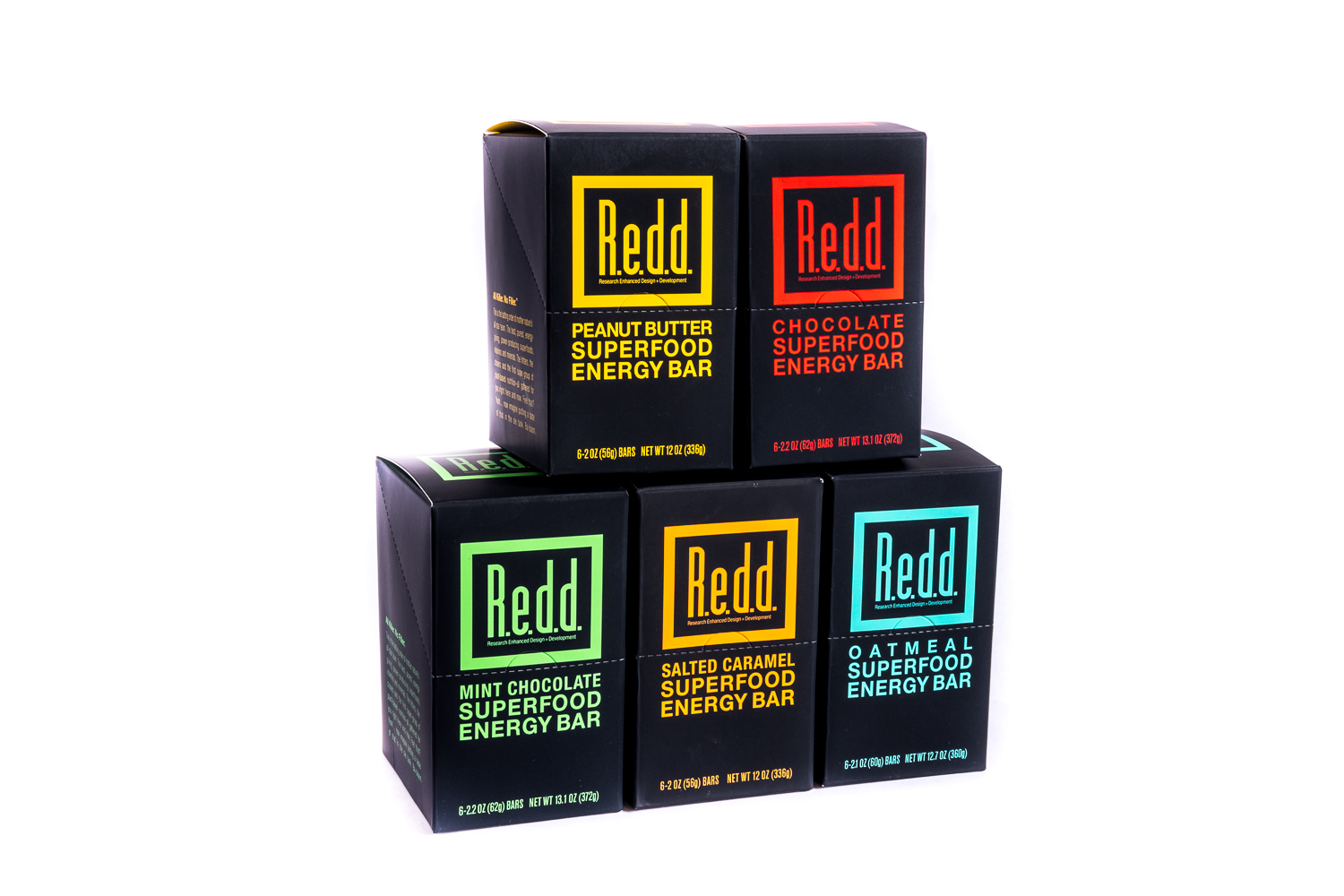 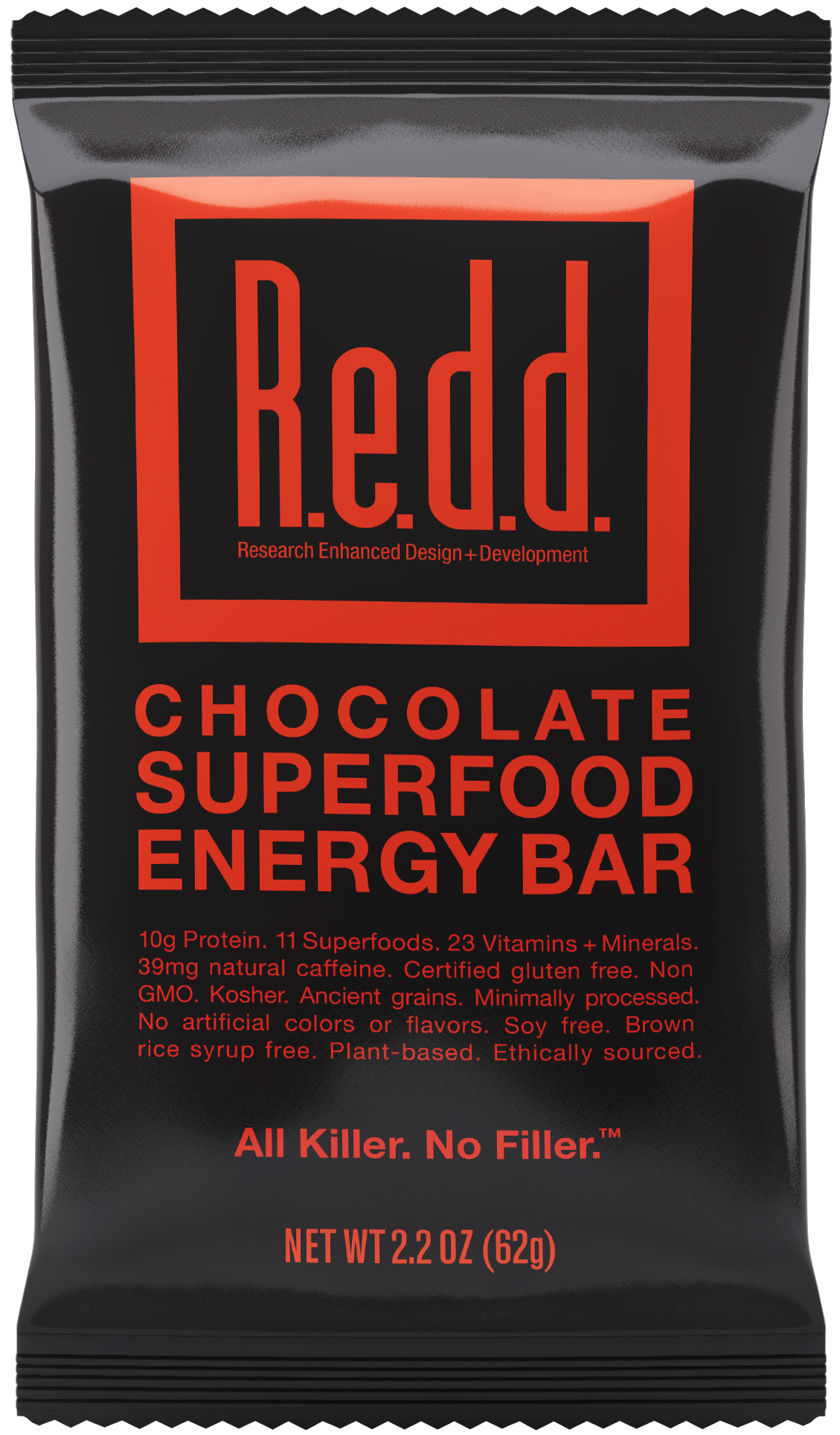