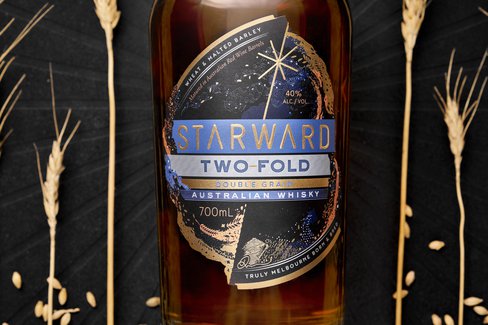 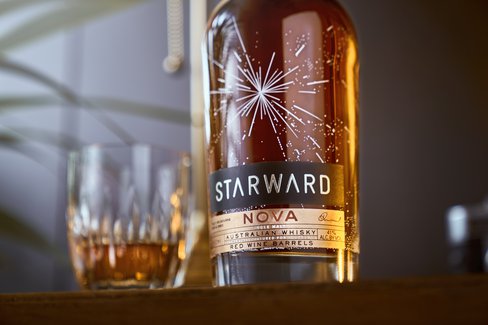 With a renowned Port Melbourne-based distillery, an award-winning product range of three core whiskies and an extended range of limited release spirits and collaborations,  Starward offers a unique and unrivaled flavour profile for new and discerning whisky drinkers.

Starward Australian Whisky was founded in 2007 by David Vitale who had a simple vision: to create a distinctly Australian whisky and offer it to the world with pride. Melbourne born and bred, Starward’s core ethos is built on the foundation of being an approachable whisky fusing the Old World – traditional product and stills, with the new world – using maturation methods and attitude.

Unlike his peers in the spirits industry, David did not come from a distilling background. He founded an e-learning company in 1998 and came to a realization in 2001 that his e-learning system, as great as it was, would not become the next eBay. He promptly returned to his hometown of Melbourne and sold his business in pursuit of something that could potentially create a legacy. After marrying his wife, the two moved to Tasmania in 2004 where David began to think of his next move.

In search of inspiration for his next project, David leaned on his two loves: family and Melbourne, which came as no surprise that these two would eventually inspire the idea for Starward. At the center of any Italian family is food, and at the center of Melbourne is a love of food. The city has a culture of uncompromising quality without “airs and graces”, and fuses old world traditions and modernity in a fascinating and unique way – not just with food, but with architecture, culture and drinks.

David’s interest in whisky also does not have deep roots. Growing up, there were only two whiskies common in his life: Chivas Regal was what his parents gave their accountant at Christmas, and Johnnie Walker Black was what his Greek friends’ fathers drank while playing poker. Like a lot of Australians in the ‘90s David’s drink of discernment was Australian wine – a product highly celebrated throughout the country.

As he began to activate his palate, he also started to tinker with making his own beer at home, such as exploring different yeasts, grains and fermentation profiles to create something (mostly) interesting. His first idea was an organic microbrewery, but a realization that good beer doesn’t travel well caused him to shelve the idea. This path brought him, however, to meet the one person who would become instrumental in inspiring a leap into the world of whisky: Bill Lark, founder of Lark Distillery.

The “a-ha moment” came to David the moment he opened the door to the Lark Distillery on Hobart’s waterfront. With a copper pot still, the aroma of spirit in the air and a bar with over 200 single malt whiskies, his mind was opened to a world of possibilities. That first meeting led to a job at Lark. Years later, David branched off and moved back to Melbourne to pursue his passion for creating Starward Whisky, a modern Australian whisky elementally matured in Australian red wine barrels, pushing the boundaries of what whisky can be. Since its Australian debut in 2016, Starward has received numerous accolades including two gold medals at the 2016 San Francisco World Spirits Competition for both the “World’s Best Craft Distilled Whisky” and the “Best Australian Single Malt Whisky” for Starward Nova. The brand was also named “Best Australian Whisky Innovator” from Icons of Whisky and crowned “Best Australian Single Malt” by the World Whiskies Awards in 2016 and 2017.

David Vitale is the founder of Starward Whisky. David’s vision in 2007 was to develop a distinctly Australian whisky that would firmly have a place on “sharing-whisky” shelves all over the world. David is based in Seattle and is leading the Starward US team as they aim to put Australian whisky on the map. Today, Starward is available in Australia, 35 states in the US, UK, Japan and a growing number of continental European markets.